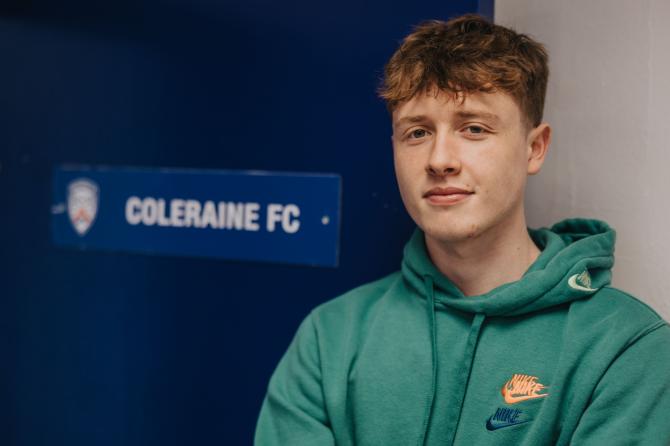 Coleraine have confirmed the capture of Jack O'Mahony.

A free agent after leaving Glenavon, the attacking midfielder will become Oran Kearney's first arrival of the summer when the transfer window opens after penning a two-year deal at The Showgrounds.

The Randalstown native made the breakthrough to the first-team at Mourneview Park and managed to make 76 appearances for Gary Hamilton's side, netting seven times in the process.

The former Northern Ireland under-21 international also spent time on loan at H&W Welders earlier in his career and scored against the Bannsiders for Glenavon earlier this season.

Coleraine boss Kearney spoke of his excitement at landing the 22-year-old's signature.

"We are delighted to get Jack on board," he said.

"I think for us in particular, there's going to be elements of change this summer and elements of what we want it to look like moving forward.

"Jack is young, fresh, energetic, technically very good and ticks a huge amount of boxes in relation to what we look for in a player.

"He's extremely versatile as well, at international level he's possibly played more as a right-back but at club level he has played all across midfield in a range of different positions.

"It's all of those aspects that attracted us towards him."

The Club can confirm that O'Mahony will wear the number 21 shirt for the upcoming campaign.