Arsenal and Valencia on their way to summer's SuperCup NI 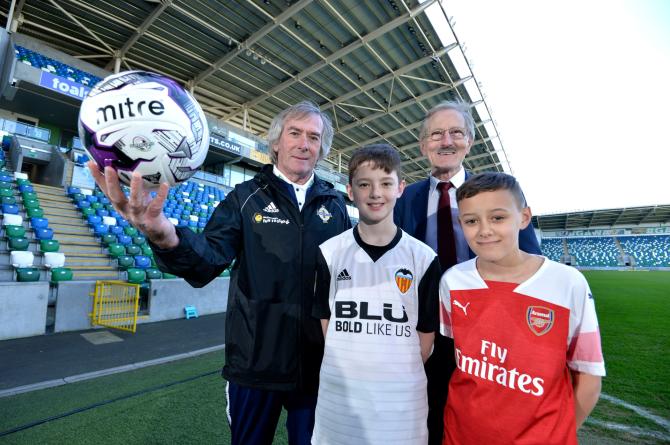 TWO of the biggest clubs in Europe will make their debuts at this summer's STATSports SuperCupNI with Arsenal and Valencia CF signing up for the international youth tournament.

English Premier League giants Arsenal will cross the Irish Sea with their Under-15 team to challenge in the competition’s Junior section.

Spanish club Valencia CF will fly their talented Under-17 squad to contest the Premier section.

The participation letters from both clubs were finalised directly via the new relationship between SuperCupNI and Global Premier Soccer. This collaboration also played a key role in securing new event sponsor STATSports earlier this year.

“We are excited to welcome clubs of the international calibre of Arsenal and Valencia to the STATSports SuperCupNI,” said chairman Victor Leonard.

“When you consider the talented players who came through both clubs' academies there is no doubting the high quality we can expect to see in a few weeks time.”

David Silva, Isco and Jordi Alba are all graduates of Valencia CF's youth system while players such as Jack Wilshere and Alex Iwobi also progressed through the ranks at Arsenal.