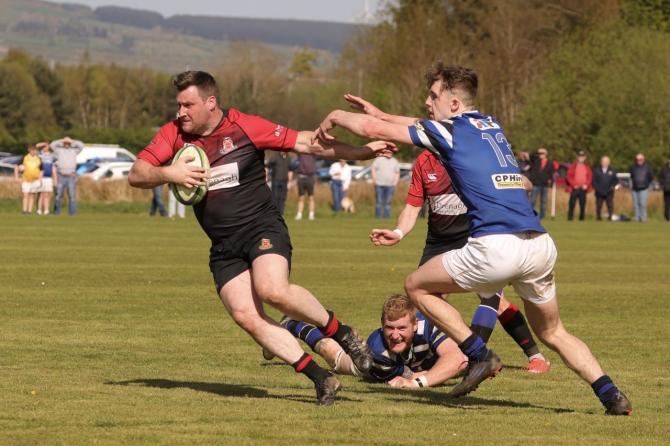 COLERAINE Rugby Club’s First XV must wait a little longer to discover if they are to be promoted to the top level of junior rugby.
The Sandel Lodge side lost by the minimum, 17-16, to local rivals Limavady in a nail-biting play-off last weekend, meaning it is the Roesiders who book their place in Kukri Championship Division One for next season.
Coleraine hopes of joining them in the top flight now rest with a third north west club, City of Derry, who host Clonmel in the second leg of their relegation play-off this Saturday.
The Tipperary men hold a 16 point advantage from the first leg down in Munster leaving the Judges Road outfit with plenty to do if they are to be successful.
However, should they prevail in front of their own supporters and retain their senior status, then Coleraine would join Limavady in making the step up.
It promises to be a nervous afternoon for all concerned at Coleraine with many no doubt making the journey to watch the action unfold.
As for Limavady, well they can bask in the glory of a job well done.
Undefeated in the league all season, promotion is a fitting reward for a club very much on the up.
Let’s hope Coleraine can join them in the top division next year.