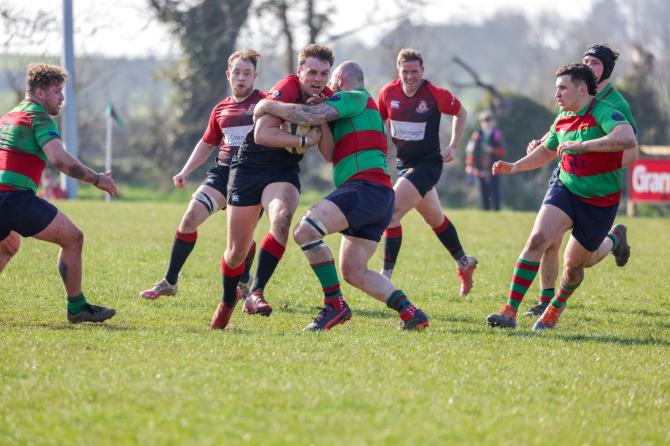 THE top two in the Qualifying League go head to head at the John Hunter Memorial Grounds this Saturday in a mouth-watering encounter.

Both teams have already qualified for the end of season play-offs but local bragging rights will be up for grabs at the weekend.

The Roesiders ran in six tries on their way to winning 39-10 at Donaghadee in their latest outing - a team which had defeated Coleraine the week before - and will go into Saturday's game full of confidence.

However, anything can happen in a local derby and it would be a brave man to call the result of this one.

“This was an excellent result for the league leaders,” said a Limavady team spokesperson at the final whistle.

“The only downside was that three injuries were picked up and hopefully these will clear up quickly.

“Clive Scott and Jamie Millar both left the pitch as a result of ankle injuries and Michael Shiels suffered a facial injury.

“The pack worked hard today but this result was mainly down to the clinical finishing of a free flowing back line with Jamie Millar putting in a man of the match performance.”

For reports on all the weekend action involving the local clubs, pick up a copy of Tuesday's Chronicle.