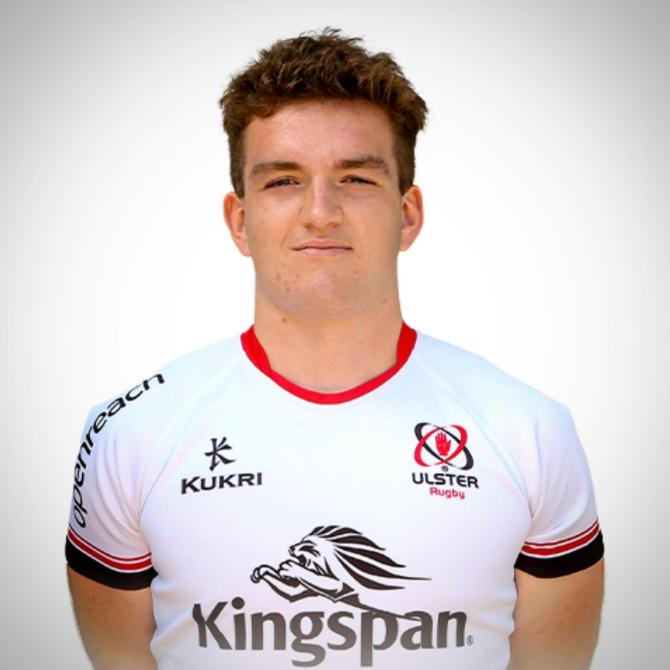 DALRIADA School Ballymoney has congratulated former pupil James McCormick on being named in the Ireland team for the opening game of the U20 Six Nations against Wales this weekend.

The Ballymoney man has been selected as hooker in head coach Richie Murphy's team for Friday night's game which will be broadcast live on RTE (kick-off 8pm).

"Congratulations to Ballymoney man James McCormick who has been selected to start at Hooker for Ireland U20s in this weekends U20s Six Nations match v Wales. All the best James!" said a Dalriada spokesperson.

McCormick was a vital member of the school First XV for several years before leaving school. Ne plays his club rugby with Ballymena.

Reuben Crothers will captain the team as the Ireland U20s return to their home at Musgrave Park for a Championship game for the first time since March 2020.

Crothers is one of four players named in Murphy's starting XV who featured in last year's Six Nations. Second row Mark Morrissey has been ever-present for Ireland in the engine room during the lead-in to the Six Nations, while prop Jack Boyle and winger Chay Mullins also add previous U20s experience to Friday's team.

Patrick Campbell, who made his Munster senior debut against Wasps before Christmas, starts at full-back, with Mullins and Shane Mallon on the wings. Leinster duo Fionn Gibbons and Ben Brownlee are paired in midfield, with Charlie Tector and Connacht scrum-half Matthew Devine named in the half-backs.

Boyle starts in the front row alongside Ulster duo James McCormick and Scott Wilson, while Morrissey is joined in the second row by UCD team-mate Conor O’Tighearnaigh. Crothers leads from the back row, with James McNabney of Ulster selected at openside and Leinster's James Culhane at number eight.

Commenting ahead of the game, the Ireland Head Coach said: "We have been building towards Friday for a number of weeks now and the group have put in a huge amount of work in preparation for the Six Nations.

"We're excited about the challenges ahead, starting with the visit of Wales to Musgrave Park under Friday Night Lights. The prospect of returning to Cork and playing in front of a big crowd, including family and friends, is a really exciting one for the players and the management team."