Place in the last 16 up for grabs in Schools Cup 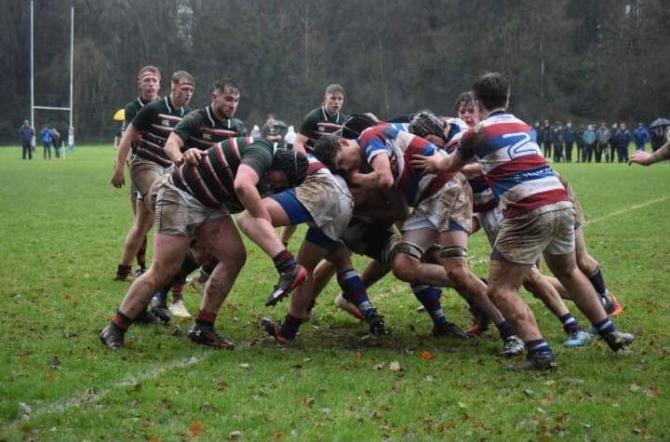 Dalriada booked their place in the third round with a good win over Cambridge House in the previous round.

BRAGGING rights - as well as a place in the last 16 - are up for grabs this weekend as the Danske Bank Schools Cup resumes after the festive holidays.

Half an hour later and 20 miles to the west, Dalriada Ballymoney welcome Enniskillen Royal Grammar School to the 'Toon,' looking to book their place in the next round.

Limavady Grammar and Dalriada both came through tough round two games - the Roesiders getting the better of Lurgan College and the Ballymoney boys defeating Cambridge House 15-0 - while their opponents this weekend only enter the competition in round three.

All four teams have played challenge games as part of their preparations for Saturday and all four will quietly fancy their chances of booking their place in the fourth round.

Last 16 games are due to played at the end of January with the final taking place at Kingspan Stadium on St. Patrick's Day.

The current holders are Royal School Armagh and Wallace High School who shared the trophy in 2020, the 2021 competition not taking place because of the coronavirus pandemic.

* Reports and photos from both games in Tuesday's Chronicle...