Determined Rea gets back on the title hunt 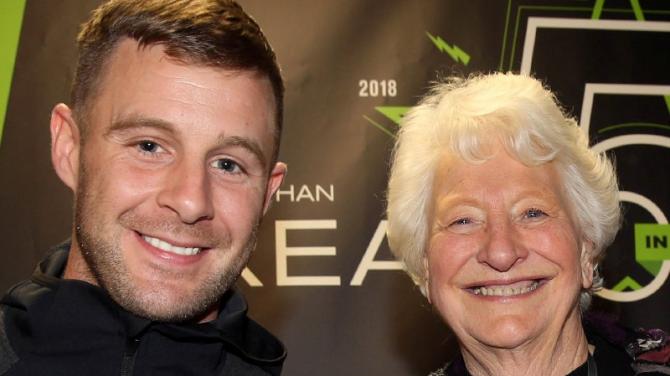 LOCAL racing legend Jonathan Rea is a man on a mission.

Last year he lost his Superbike crown - but now he wants it back.

That was his simple message following the official launch of his 2022 World Superbike Kawasaki team in Barcelona.

The six-time champ was denied a magnificent seventh world crown in a row in 2021 by Turkey’s Toprak Razgatlioglu following a season-long duel, with the outcome only decided at the final round in Indonesia.

But the 35-year-old remains as hungry as ever to bring the title back to the Borough.

And who would gamble against him doing just that?

He is by far the most successful rider in the history of the series, sealing six world titles in succession between 2015 and 2020 and winning a staggering 112 races.

Rea and team-mate Alex Lowes have taken part in a two-day test at Catalunya in Barcelona this week before undertaking a final test at Motorland Aragon in Spain from April 4-5 ahead of the season-opener at the same circuit from April 8-10.

“For me, the team launch is always a big step in the process of starting a new season,” said Rea.

“After six winter tests, we are now ready to put the black and white bikes away.

“Just like spring arriving, we reveal our new colours telling the world that KRT is fully prepared for 2022. Let’s get the title back.”

After missing out last season, Rea has been forced to give up the number one plate, but he will now run with his favourite number ‘65’ on the latest-spec Kawasaki as he bids to wrestle the crown back from Razgatlioglu.

While Rea and Razgatlioglu go into the new campaign as favourites, Briton Scott Redding will be hoping to stake his claim after leaving Ducati to join the official BMW team.

Spain’s Alvaro Bautista has also made an intriguing return to Ducati, replacing Redding, after two seasons at Honda.

Toome rider Eugene Laverty will also be present on the Bonovo Action BMW and the local man is eager to make amends for a disappointing season last year, when he was left without a ride after four rounds following the withdrawal of the RC Squadra Corse BMW team.