Jonathan is the greatest! 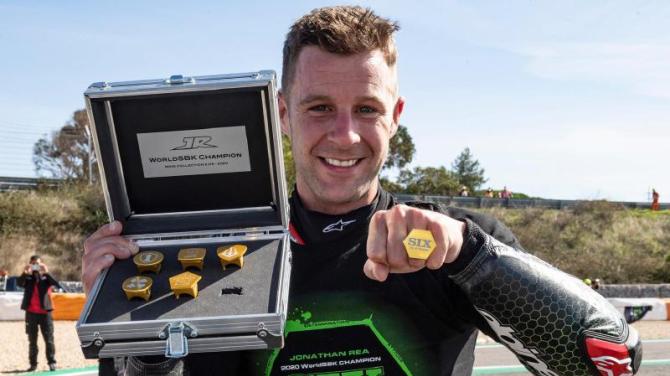 It was certainly a victory to savour for the Templepatrick man after a season that was seriously curtailed by COVID-19.

And he has paid warm tribute to the fans who were unable to cheer him on from the sidelines this year.

“I really want to thank my supporters. They keep me strong,” said the 33-year-old.

“There was zero atmosphere at the tracks because there were no spectators so you are sat on the grid with nobody in the grandstands. It’s pretty silent.

“The support I’ve had this year and the messages from back home have been incredible.

“I really enjoyed all the travelling support that has come from Northern Ireland over the years but although they weren’t at trackside they gave me so much support through my social media channels.

“It has been a huge shame that people can't come and see us race so this one is for them.”

But he admitted that racing behind closed doors was preferable to no racing at all.

“I kept focused and really worked hard during lockdown. I threw myself into training, lost a couple of kilos and was on my bicycle a lot.

“It's been such a tough year for everyone and during lockdown we never even thought we’d get a championship.

“Massive kudos go to all the organisers, tracks and local authorities that we managed to get a championship underway.

“To get it done in the end was incredible.

“Six championships in a row is unreal. It has been quite a journey. This year and last year has been a story of never giving up.”

But the local man does not plan to rest on his laurels for long. With six titles in the bag, he is already looking ahead to seventh heaven!

“The championship keeps stepping up but now we can start to focus on 2021 - new manufacturers are coming in and new riders.

“I’m ready to sign off and enjoy the next few weeks before turning our attention to next season.

“I’m really excited to keep working hard and next year is going to be an even bigger challenge but I’m ready for that.

“I’ll try to improve myself and the bike and try to do it all again.”