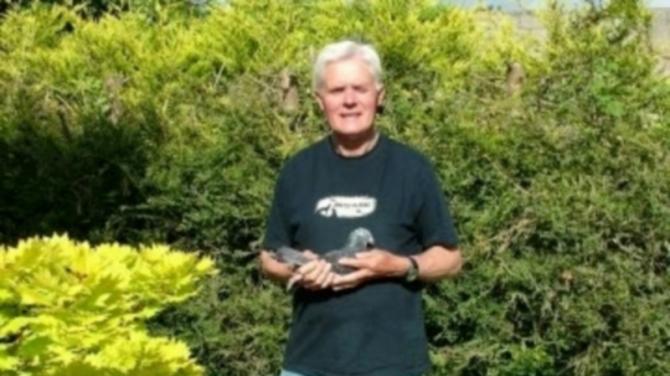 THE close-knit pigeon racing community has been plunged into grief this week following the passing of one of their stalwarts.

John Lamb, chairman of the Crumlin and District Homing Pigeon Society, said that Forbes Lindsay was ‘one of a kind’.

And he added that Mr Lindsay will be sadly missed.

“It is with deep regret that I have to inform the Northern Ireland pigeon world of the passing of Forbes Lindsay, a highly esteemed former member of Crumlin and District HPS,” said Mr Lamb.

“Forbes was a pigeon man through and through.

“His father Hugh and brother Alan had also been pigeon men.

“He loved his birds and pigeon sport like no other and it was sad to see him sell up a couple of years ago due to illness.

“He particularly loved the art of long-distance pigeon racing and when valued birds came up for auction he had no difficulty in putting his hand in pocket to acquire such bloodlines.

“He knew good birds when he saw them.

“In the pigeon club he would take part in many a pigeon debate and was not afraid to voice his opinion on such matters.

“In his earlier days Forbes liked to go fishing and kept fit by running around the roads of Crumlin.”

The funeral was a private family affair carried out in line with the COVID-19 restrictions.

“On behalf of the members of Crumlin and District Homing Pigeon Society I offer our sincere condolences to his wife Patricia and to all his family circle,” added the chairman.

“There is no doubt that he will be sadly missed.”