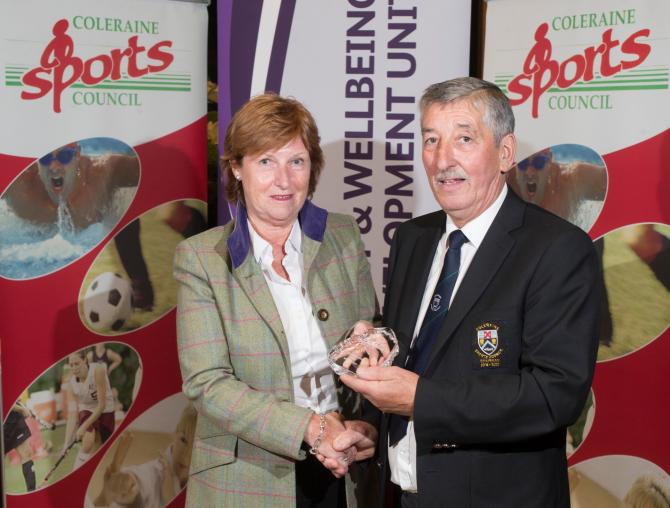 THE woman who helped bring The Open back to Royal Portrush Golf Club after an absence of almost 70 years has been recognised for her efforts by Coleraine Sports Council.

It was one of a number of awards presented on the night.