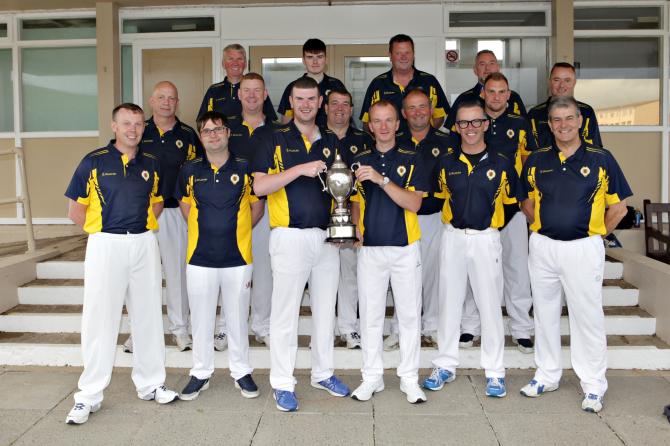 The winning Ballymoney team pictured with the Piggot Cup after defeating Coleraine in the final. WK34KC27SP

BALLYMONEY won a rain-hit Piggot Cup final against arch rivals Coleraine in what was a high-scoring affair.

For Coleraine, however, it was bitter disappointment as they were denied a thirteenth Piggot Cup title, and so their wait for a first since 2006 goes on.

The Toon were deserved winners, eventually winning by 90 shots to 70.

Coleraine are still battling with Ballymoney for the league title, trailing the champions by nine points with two games remaining.