Saint Colman’s do the double 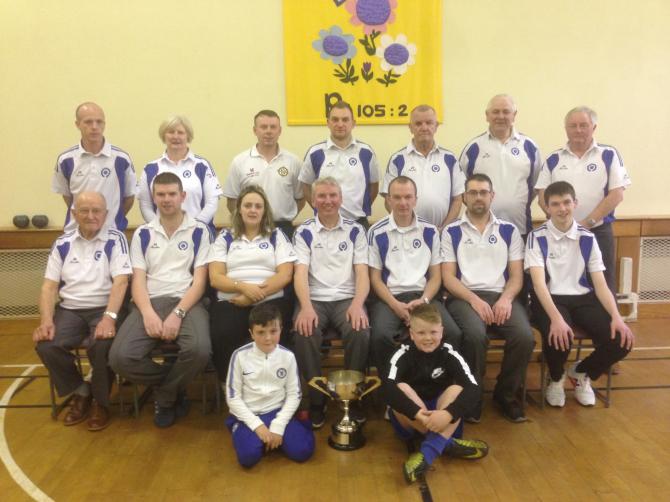 NOT content with winning the Morrison Cup, St. Colman’s added the E & B Taylor Charity Cup to their trophy cabinet.

In a thrilling final, they pipped a gallant Loughanreagh team by a single shot.

All the damage was created by Stewart Walker and Danny Taggart at first and second for St. Colman’s.

They were building good heads and all Brian Smyth and David Walker had to do was prevent the opposition getting to the lying bowls.

It was a similar story on the second mat. The St. Colman’s front end was peppering the jack leaving it very difficult for Alistair Steele (Loughanreagh) to get near the head. Aaron Walker (St. Colman’s) went on to win eleven shots to four shots.

At the break the score was 24 shots to St. Colman’s and 8 shots to Loughanreagh.