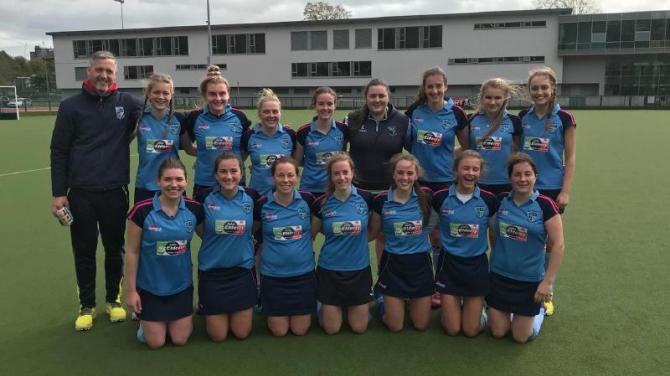 BALLYMONEY Firsts travelled to the south of Ireland over the weekend to play University College Cork in the first round of the Irish Senior Cup.

The game started with equally strong play from both sides. Bridget Cleland held midfield and worked hard alongside Laura Nevin and Rachel Minihan to protect dangerous territory for the visitors.

Ballymoney’s hard work paid off when Nikki Parke won a free outside the circle, which resulted in a their first goal; a well-worked ball along the baseline which Parke slotted past the ‘keeper.

On twenty five minutes UCC found a foot in the ‘D’ with a short corner being awarded.

However, Ballymoney’s players combined forces to ensure the resultant strike was rushed and the ball was forced wide.

Becky Linford and Elle Kirgan continued to play strong balls from the back line through to the forwards, with Katherine Minihan and Lucy Millar stretching the play all over the pitch.