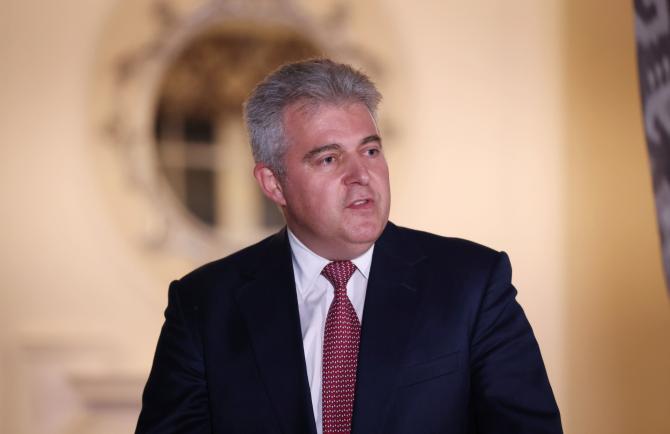 Brandon Lewis is amongst the latest cabinet ministers to resign as the pressure grows on Boris Johnson to leave Number 10.

Mr Lewis had been Secretary of State for Northern Ireland since February 2020 and had previously been loyal to the Prime Minister.

Indeed, less than 24 hours before calling on Mr Johnston to go, he said that the Conservative leader was determined "fix the issues surrounding the Northern Ireland Protocol" in order to get "Stormont up and running".

Now Mr Lewis has said that a "decent and responsible" government relies on "honesty, integrity and mutual respect", adding he "must leave" government as "I no longer believe those values are being upheld".

The outgoing Secretary of State said that such a decision is "never taken lightly particularly at such a critical time for Northern Ireland".

A decent and responsible Government relies on honesty, integrity and mutual respect - it is a matter of profound personal regret that I must leave Government as I no longer believe those values are being upheld.

I have submitted my letter of resignation to the Prime Minister. pic.twitter.com/EG6u52BdDc

There has been a wave of resignations from the government, with the figure sitting over 50 at 9am on Thursday morning.

In a dramatic morning of developments, so far Nadhim Zahawi, the newly-appointed Chancellor, called on the Prime Minister to go, while Education Secretary Michelle Donelan – who only started her job on Tuesday evening – has resigned.

For his part, the Prime Minister has been defying calls to step down, pointing to his 2019 election win.