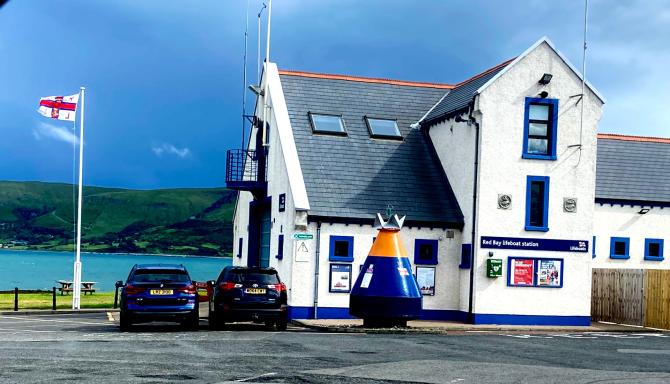 HM Coastguard has coordinated the rescue of 16 rowers from three rowing vessels, during separate incidents over the weekend as they encountered bad weather in the Celtic and Irish Seas.

The three vessels were attempting to row around Great Britain as part of the GB Row Challenge, that started from London on 12th June 2022.

Alex Smith, Commander at HM Coastguard said: “The rowers were well prepared, they had all the appropriate safety equipment, a VHF radios and satellite phones but they still got caught out. Most importantly they had a shore contact, who was able to raise the alarm after communication was lost with first vessel.

"Whether you are rowing across the sea, sailing along the coast or going out for a paddle, always be aware of the danger.”

Coastguard Rescue helicopter R199 from Prestwick effected a winching rescue from the valley and transported the casualty to Causeway Hospital, Coleraine.