A musical commemoration of the 50th anniversary of Bloody Sunday 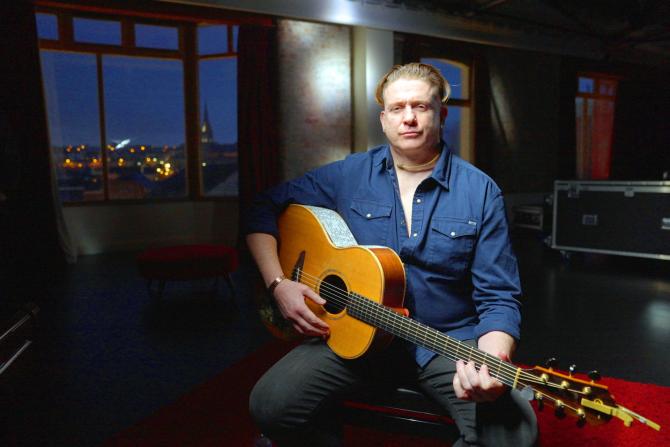 On 30th January 1972, thousands of Derry men and women left their homes and took to the streets of their native city to campaign for their most basic civil rights in a march against interment without trial. This resulted in 14 men being killed by British soldiers and 17 more injured, on a day that would become known as Bloody Sunday; and one which has left its mark on Derry, and the rest of Ireland, forever.

This year sees the city hosting a series of events to commemorate the 50th anniversary of Bloody Sunday. In Macallaí Dhomhnach na Fola we join the people of Derry as they remember their loved ones through music, song, theatre shows and art exhibitions. The documentary features emotional interviews with some of those who witnessed the tragedy first hand or lost loved ones, as well as performances from some of Ireland’s most talented musicians including Damien Dempsey, Reevah, Barry Kerr and Pauline Scanlon.

Writer and activist Eamonn McCann and Tony Doherty from the Bloody Sunday Trust recount their experiences of the tragedy and the lasting impact it has had on them personally. They explain the broader sequence and significance of events that unfolded in years preceding Bloody Sunday and the long search for truth by the Justice Campaign. Bishop Dónal Mc Keown reflects on how Bloody Sunday has impacted on the community in Derry across the generations and musicians such as Phil Coulter and Damien Dempsey explain what performing for this important anniversary means to them.

With performances from some of Ireland’s most respected musicians, as well as emerging local talent, the programme will also showcase some of the commemorative events being held across the city. This includes a special afternoon held in the Millennium Forum in January 2022, at the exact time the shootings began 50 years previously, which features Phil Coulter, Bronagh Gallagher, Jamie-Lee O’Donnell and Adrian Dunbar as well as the Colmcille Ladies Choir.

Macallaí Dhomhnach na Fola will be broadcast on Wednesday 15th June 2022, a date to coincide with the anniversary of the publishing of the Saville Inquiry. On this day in 2010, the Bloody Sunday victims were finally vindicated, leading to an apology from Prime Minister David Cameron on behalf of the British Government, admitting the killings were ‘unjustified and unjustifiable.’

Damien Dempsey- A six-time Meteor music award winning Irish singer songwriter from Dublin whose lyrics often include social commentary. Damien’s unique voice has captivated audiences for years and is one of Ireland’s most celebrated singer songwriters.

Saint Sister- A duo comprised of Morgana MacIntyre from Belfast and Gemma Doherty from Derry. Their music is based around close knit vocal harmonies, electro-acoustic harp and synthesisers. They have toured throughout the world in the last few years and one of their recent highlights was playing Glastonbury.

Barry Kerr- A multi-instrumentalist, composer, singer and artist, Barry is one of Ireland’s most accomplished traditional musicians. In 2020 he was awarded the Liam O’Flynn award by the National Concert Hall and Arts Council of Ireland.

Pauline Scanlon- A singer of both contemporary and traditional Irish music, Pauline is one of the foremost female vocalists in Ireland and has toured the world and collaborated with many other artists.

Reevah- is an Indie Pop artist based in Derry, her music is immersive and reflective. Hot Press Magazine has described her as “one of the best talents emerging up north”.

Declan McLaughlin- An Irish folk singer songwriter from Derry, he has had an incredible career to date including touring across North America, Europe and Australia with artists such as The Frames, Damien Dempsey and Christy Moore.

Marty Healy- A young singer from Derry, Marty is a well-known performer in the city. He has travelled throughout Ireland and Europe on the festival circuit with musical artists such as Gary Óg.

Robert Ballagh- An artist, painter and designer from Dublin, Ballagh is one of Ireland’s foremost artists. His painting style is highly realistic and is influenced by pop art.