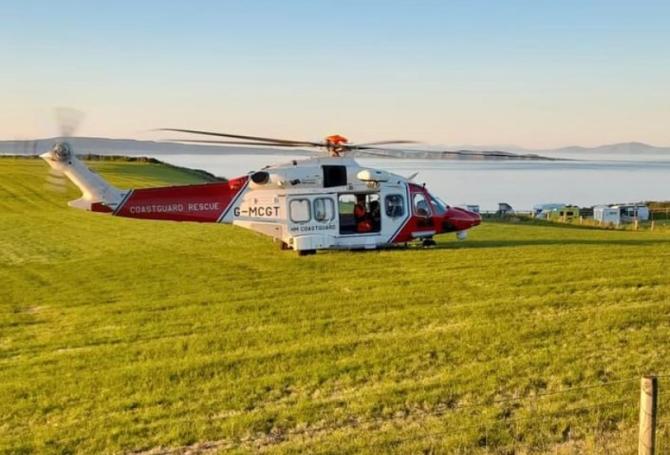 BALLYCASTLE and Coleraine Coastguard Teams responded to several calls this weekend past.

On Saturday afternoon the teams deployed rope rescue equipment to recover a dog fallen over a cliff near the Causeway Hotel and the pet was brought to the top safe and well.

Later that evening the teams were tasked to extricate an injured walker at Kinbane Castle. Due to the difficult terrain, the casualty was airlifted by CG helicopter R199 from Prestwick and handed into the care of Northern Ireland Ambulance Service.

On Sunday afternoon, the teams responded to reports of an injured casualty at the base of the cliffs at Fair Head, Ballycastle. Again, due to the extreme nature of the location, R199 winched the casualty from the boulder field, transferring to the Royal Victoria Hospital in Belfast.