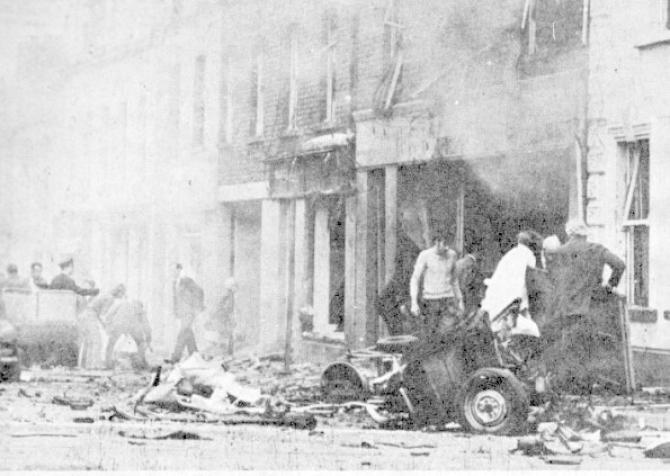 THE son of a woman killed by the Railway Road bomb will not be at the unveiling of a memorial plaque thanks to the council's handling of the event, his family has claimed.

Nan Davis was one of six people murdered by the IRA in 1973.

According to granddaughter Lesley Magee, victims' families were given just a few days notice ahead a low key unveiling ceremony scheduled for today, Wednesday June 1.

Now in his 80th year and with health issues, son Trevor has not had time to make travel arrangements from his home in London.

It's understood the council is planning a more formal ceremony on next year's 50th anniversary and the mayor described Wednesday's event as 'a quiet moment of reflection' for those directly impacted.

For the full story, see this week's Chronicle newspaper.