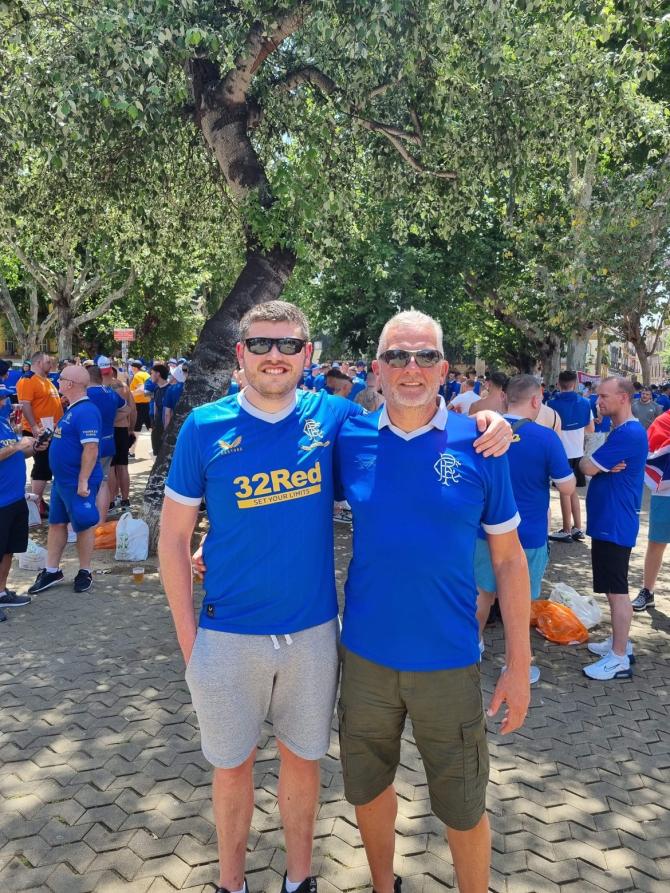 A FATHER and son from Coleraine are among the anticipated 100,000 plus Glasgow Rangers fans expected to converge on Seville tonight (Wednesday) for the Europa League final against German club Eintracht Frankfurt.

Victor and Jordan Dallas flew to Faro in Portugal on Tuesday morning before hiring a car and making the 200km trip to the Spanish city where they joined thousands of supporters of both clubs ahead of the big game.

Incredibly, both have tickets for the match which will take place in the 43,000 capacity Ramón Sánchez-Pizjuán Stadium.

"Over 100,000 are expected in the city and it's been great craic so far," said Jordan on Wednesday afternoon.

"There's guys flying in from Sydney, Dallas, Texas, Thailand - all over - and it's amazing the lengths that fans are going to.

"Thankfully we've both got tickets to the game which is brilliant.

"We were in Manchester the last time we reached a European final back in 2008 when we lost to Zenit St Petersburg but this year is 50 years on from when we won the European Cup Winners Cup against Dynamo Moscow so hopefully that's an omen!" he added.

Anyway, anyone who wants to see the game but hasn’t been able to get to Seville can watch the game tonight on BT Sport 1 or for free on the BT Sport YouTube channel, with kick-off at 8pm.