City of Derry Jazz Festival is back with a bang! 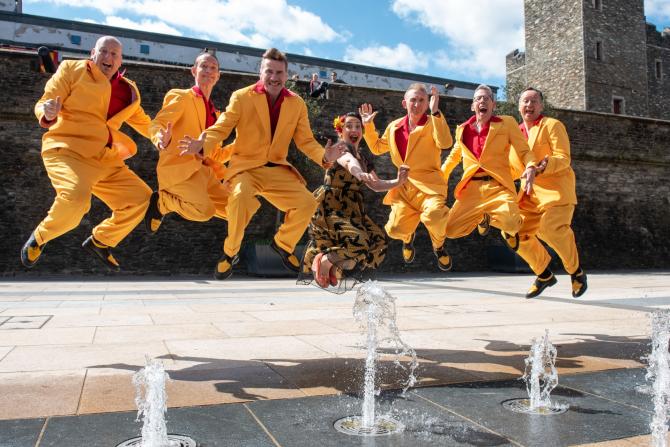 IT'S time to get the gladrags on as venues across Derry prepare to throw open their doors for five days of electrifying live music once again at the City of Derry Jazz and Big Band Festival, running from today (Thursday) until Monday, May 2.

The Mayor of Derry City and Strabane District Council, Alderman Graham Warke, kicked things off in fine style yesterday as he welcomed the Jive Aces back to the Guildhall for the first Mayor's Teadance in two years.

The internationally acclaimed Jazz and swing legends are just one of the many bands to return to the city year after year for the Festival which is a major highlight on the jazz circuit.

This year will see over 400 performances taking place over 70 venues, most of them free, and the programme has something for everyone, from al fresco concerts to dance workshops.

This year's headliner is Irish blues and soul sensation Imelda May, who will take to the stage in the Millennium Forum on Monday.

Anyone arriving for the festival is advised to plan ahead and download the City of Derry Jazz Festival app to get the latest on all that's happening throughout the weekend.

You can also pick up print copies of the City of Derry Jazz Festival Trail at venues throughout the City and at council buildings.

Find out more about the full programme for this year's much anticipated Jazz Festival return at cityofderryjazzfestival.com