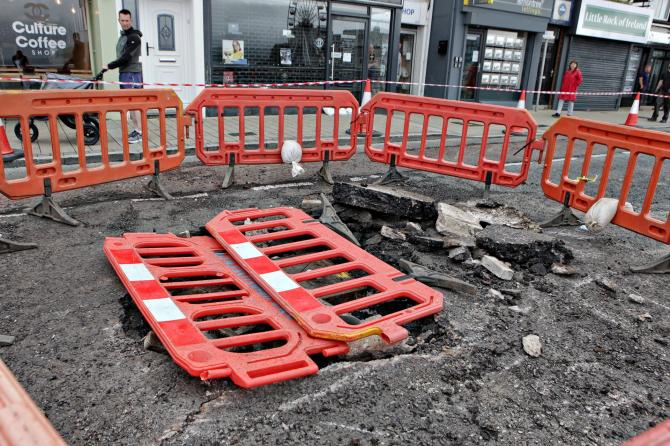 SINN Féin MLA Caoimhe Archibald has contacted the Department for Infrastructure regarding the damage caused to the Promenade in Portstewart due to flash floods.

“I’ve contacted the Department for Infrastructure about the damage caused to the Promenade in Portstewart due to flash floods and asked how quickly it can be repaired," the MLA said on Monday morning.

“The Promenade has been closed due to the flooding and motorists are advised to use an alternate route.

“I will also be in touch with the Infrastructure Minister about what preventative measures can be put in place to protect the promenade from future damage," she added.

The extent of the damage became clearer on Monday morning and has caused disruption to traffic flow in the resort.

The Promenade is currently closed to traffic but businesses remain open.