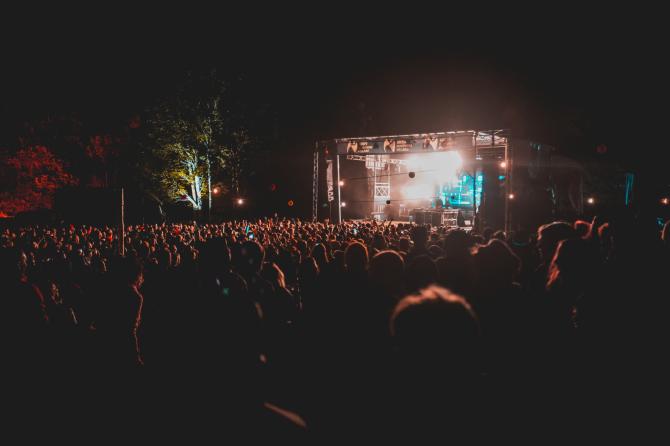 FOLLOWING the publication of Northern Ireland’s roadmap to recovery, organisers of Limavady based Stendhal Festival say there are more confident than ever before that the award winning music and arts festival can return in some form this July and August.

The team at Stendhal have released tickets for two events scheduled for this summer - the first on July 9th and 10th and the second between August 12th and 14th - and are hoping to welcome up to a combined 6,000 visitors across both dates.

While noting that although the roadmap does not contain dates, Festival Director Ross Parkhill believes that there is enough information there to read between the lines and be confident that a return for live music and events is on the cards this summer.

“Dates would be great,” said Ross, “but we understand the rationale behind not giving them out.

"It is important that people remain vigilant and play their part in helping to continue to curb the spread of Covid 19.”

Organisers, however, acknowledge that even if the festival gets the go-ahead this summer, it may be slightly different in appearance to previous years.

“Obviously we won’t know what restrictions, if any, will remain until closer to the time, so we are currently working on many scenarios and the idea that social distancing will still be in place come July and August in some form," he continued.

“There are still plenty of unknowns going forward but we are now firmly planning to put on socially different and possibly our most socially important gatherings to date.

"It will be the first time in a long time for many in the industry to get back to work at a festival setting and it will be one of the first opportunities for the public to enjoy live music as it should be, live, outdoors and in person.

"What a fantastic prospect for us all.”

Organisers plan to release details of the line-ups very soon and advise anyone thinking of attending to move quickly 'as we anticipate that tickets will sell our far quicker than ever before.'

For more on this developing story, see Tuesday's Chronicle newspaper.