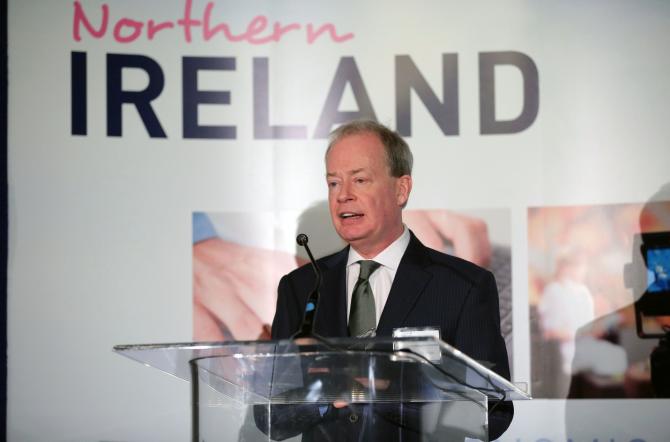 First Minister Arlene Foster said: “I was shocked and deeply saddened to learn of the death of Norman Houston today. It is devastating news for Norman’s family and his many friends and colleagues both here in Northern Ireland and in the United States.

“Norman was a consummate professional and a true ambassador for Northern Ireland. Throughout his time as Director of the Washington Bureau he made an enormous contribution to promoting Northern Ireland on a global stage and I was privileged to work with him over many years.

“Norman’s hard work, dedication and infectious personality helped to build many important relationships, which have benefitted countless people. We will miss him greatly.”

Deputy First Minister Michelle O’Neill said: “I was very sad to hear that Norman Houston has passed away.

“Norman’s contribution to developing our relationship with the United States is immeasurable. He was an excellent diplomat who did an outstanding job of leading our Washington Bureau for more than a decade. He had an unforgettable presence and his name was known far and wide throughout the city and beyond.

“Our thoughts and prayers are with Norman’s family at this very sad time. We think especially of his daughter Chloe and son Connor. He will be sorely missed by all who knew him.”