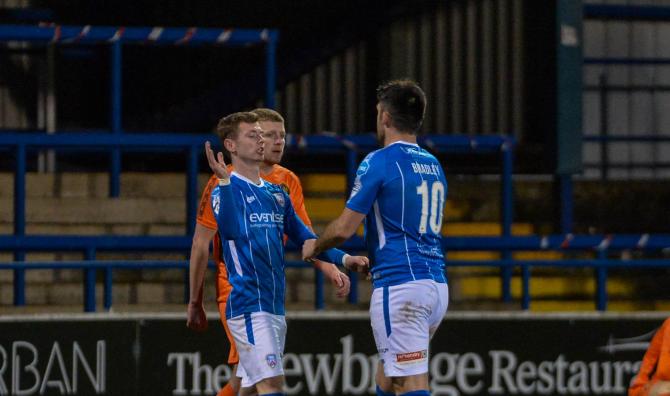 COLERAINE and Carrick Rangers will lock horns for the second time in seven days this Saturday.

The unexpected meeting comes after the respective teams' original games this weekend were postponed.

Coleraine were due to meet Ballymena Utd in the Boxing Day derby with Carrick hosting their Mid and East Antrim neighbours Larne.

However, those plans were scuppered on Tuesday after it emerged that two Covid-19 cases had been found 'within individuals' during Saturday's Larne v Ballymena Utd game at Inver Park which United won 1-0.

A letter from the Public Health Authority to both clubs said it was notifying participants of the requirement to isolate for 10 days.

"We have identified that you have been in close contact with affected cases," the PHA stated to match participants.

"In line with the national guidance we recommend that you must stay at home and self-isolate to and including 12 January. You must not go to work or other public areas."

Coleraine and Carrick Rangers club officials worked quickly to rearrange an outstanding game between the clubs, meaning that both are not left kicking their heels on Saturday.

The sides met at Ballycastle Road on Saturday past when goals from a Ben Doherty penalty, Stewart Nixon and Eoin Bradley secured a 3-0 win for the home side.