In response to the alarming rise of domestic violence during Covid-19, Women’s Aid want women to know they are open and here to help 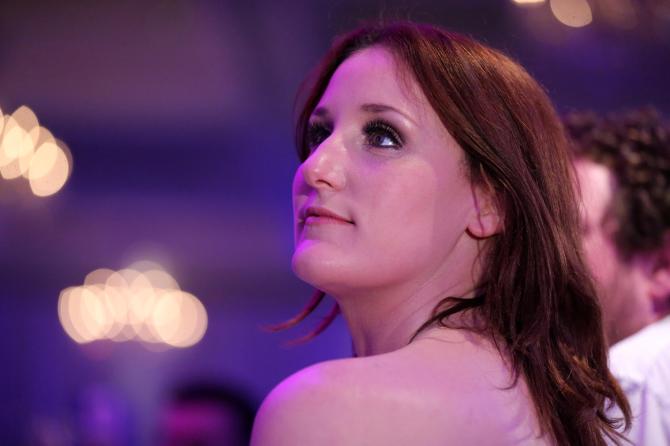 A LEADING victim’s charity has launched a campaign aimed at highlighting the alarming rise of domestic abuse across Northern Ireland, with statistics revealing there were over 32,000 crimes of this nature in the past twelve months.

Women’s Aid has launched ‘Unlock Your Lockdown’ to provide female victims of domestic abuse with reassurance that vital help and support is available to them.

The campaign, the first of its kind in over 20 years for the organisation, will shine a spotlight on the deteriorating situation in Northern Ireland, while also aiming to give victims the confidence to reach out by signposting them and their families to the support networks which are available across Women’s Aid services.

Leading Northern Ireland actresses, Bronagh Waugh and Bronagh Gallagher, will be supporting the campaign that includes radio, digital, pharmacy and Adshel advertising across all parts of Northern Ireland.  They have lent their voices to tell the story of those women who have been supported by Women’s Aid Northern Ireland to provide hope to those impacted by domestic abuse and violence.

Derry-born Bronagh Gallagher commented: “I am privileged to be part of the Unlock your Lockdown campaign for Women’s Aid Northern Ireland. The work they do is so incredibly important, and it is vital that we all support it, especially as we head into the busy festive period.

“I hope that in some way this campaign can reach those who need it most, wherever and whoever they are. I hope I can help encourage women and children experiencing abuse to take the first step in building a new life and a new normal.”

It comes as police figures, released yesterday (Wednesday) reveal that, in the 12 months from October 1, 2019 to September 30, 2020, there were 32,015 domestic abuse incidents recorded by the PSNI, an increase of 128 on the previous year. Domestic abuse incidents now account for 19.1% of all police recorded crime, up from 16.5% on the previous year.

The largest volume increase in domestic abuse crimes was seen in offences of harassment (including malicious communications), which increased by 1,270 (49.8 per cent).

For many people, lockdown has been a very difficult experience, but for those locked into an abusive relationship the fear and trauma can feel like a never-ending cycle.

In the same period, Women’s Aid supported over 6,000 women and their children, and 11 babies were born whilst their mum was living in a Women’s Aid refuge.

Northern Ireland is currently the only region in the UK without specific domestic abuse legislation. However, as the campaign launches, Northern Ireland’s Domestic Abuse Bill is moving through the Assembly.

Women’s Aid CEO, Sarah Mason, said: “The Unlock Your Lockdown campaign will let victims of domestic abuse know that they are not alone, and that support is available to help them break away from the cycle of abuse they are enduring.

“We are fully aware that the lockdown period had a direct negative impact on many women and children who experience domestic violence and abuse.

“Throughout the lockdown period, Women’s Aid continued to provide support to families in their refuges and extended outreach support via multi-communication formats.

“As lockdown restrictions change for society, our Unlock Your Lockdown campaign will send a strong reminder that many victims remain in lockdown, living in a cycle of domestic violence and abuse.

“The campaign will highlight the critical need for domestic abuse legislation in Northern Ireland. We welcome the Domestic Abuse and Family Proceedings Bill, and Women’s Aid have played a key role in shaping this legislation for women and children affected by domestic violence.

“Women’s Aid has been campaigning for legislation in relation to coercive and controlling behaviour for many years to bring Northern Ireland into line with the rest of the UK and Ireland.”

* To contact police, call the non-emergency ‘101’ number or call ‘999’ in an emergency. There is a Silent Solutions Service, which enables a 999 caller who is too scared to make a noise, or speak, to press 55 when prompted.

* A 24-hour Domestic and Sexual Abuse Helpline is available to anyone who has concerns about domestic or sexual abuse, now or in the past, on 0808 802 1414.