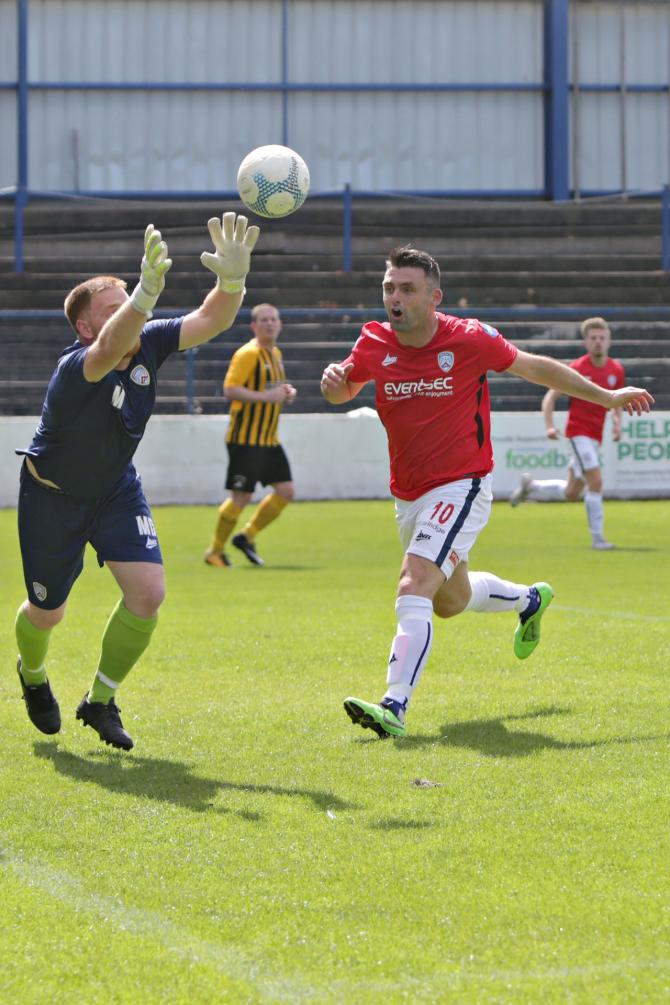 Coleraine returned to action with a 3-1 win over H&W Welders on Saturday.

COLERAINE have been handed a home draw in the preliminary round of the Europa League.

The draw, which took place at midday on Sunday, saw Oran Kearney's men drawn out of the hat first.

Their opponents in an intriguing tussle will be La Fiorita from San Marino.

The game is expected to be played at the Coleraine Showgrounds on Thursday August 20.

At first glance it appears a decent draw for the Bannsiders, especially given that they have home advantage.

Glentoran, the second Irish League club in the Europa League draw, are also at home.

They will face HB Tórshavn (Faroe Islands) the same evening.

Full match details to be confirmed in due course.