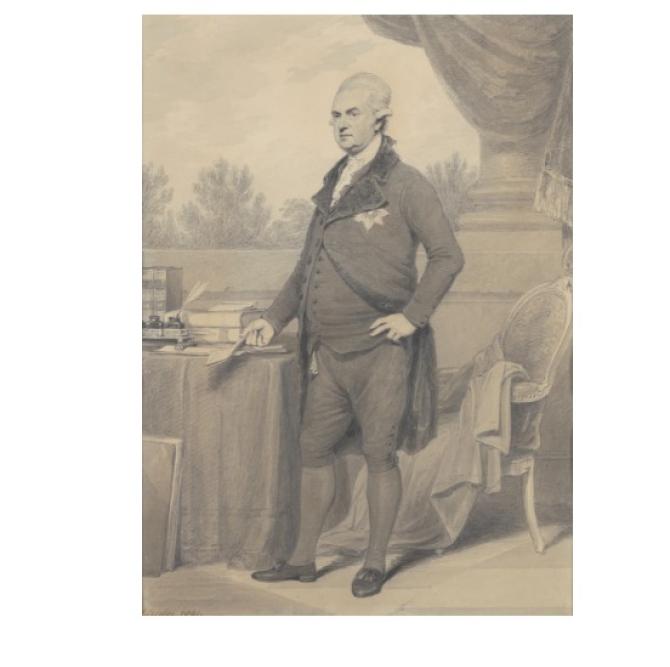 IN THE last biography we took a look at the life of the George Macartney, who was to become 1st Earl Macartney for his diplomatic service abroad serving time in numerous counties, this week I want to conclude the story with some local stories associated with the family and surrounding the Lisanoure estate itself.
As we discussed in part one, Macartney came from a wealthy background, his family coming over from Scotland in the  17th century but he would go on to become an even wealthier man, his personal ambition in life was limitless and he desperately sought high office and wealth.
To begin his career it is thought that he got a lucky break when it is rumoured that he saved a member of the prestigious Fox Family from card sharks whilst in Switzerland.
His diplomatic positions and time spent in foreign lands, Russia, China, India, Africa and the West Indies, contributed to a great fortune, estimated at approx. 3.5million at the time of is death in 1806.
A colossal amount of money for the early 1800’s.
Macartney, in gaining wealth and prestige, would go on to marry the daughter of a British Prime Minister.
Albeit this Prime Minister John Stuart only held office for one year. Macartneys career was to last a great deal longer.

DETERMINED
The couple, George and Jane had no surviving children, and it is a fair presumption to make that Macartney was a determined and headstrong man was described as being of forthright and chiselled features, but we can say with confidence he had a temper,  as twice in his lifetime he fought two duels being injured but surviving both.
But what became of the family fortune and estate?
Once Macartney passed away in London in 1806, he looked after his wife Jane giving her her lifetime on the estate in Loughguile, and then his estate was to pass to his sister, who was to pass away not long after him.
So, both the Loughguile estate and seven townlands in Dervock, including Dervock itself was to pass to his great nephew George Hume Macartney, his mother had married a Church of Ireland Reverend, Travers Hume, but it was proper that the Macartney name lived on.
So, the new proprietor became known as George Hume Macartney.
This George Macartney was entirely different than both his predecessor and is successor to the estate.

OLD TYRANT
Late historian Alex Blair wrote:“Overbearing and arrogant, he was called “The Old Squire” to his face, but “the Old Tyrant” behind his back and he did many things which justified the title.”
And to this day the terminology used to describe the man is entirely in the two estates he owned.
In Loughguile he has went down as a villain within the parish it was his great uncle who had contributed to the building of a “catholic masshouse” on the grounds of the estate, this was probably quite an important thing as Catholicism was banned under the Penal laws at this time and it would be the 1830’s before they would be repealed.
But it was this young George Hume Macartney through his tenure in the estate evicted the parishioners from their place of worship and turned it into a Church of Ireland Church, the recognised religion at this time.
The story is told in Loughguile that the evicted Catholic parishioners got their own back when they were looking a place to worship, they bought a piece of ground in Tully townland from the Whitla family.
This was  evident today, is on higher ground and it is told that it was built purposely to look down on the Church of Ireland, Macartneys church that it replaced.
It would also have been the first thing Macartney would see!
There is a graveyard within the confines of the estate (PRIVATE) which holds the remains of both religions and also of the Macartney family itself.

THE OLD SQUIRE
In Dervock it is an entirely different story related to George Hume Macartney, recorded in Camac’s history of Dervock with the local Orange Lodge still bearing his name.
Macartney had decided that as a way to make money he would exact a toll on every animal sold at the various Dervock Fairs, but a local farmer, John Nevin of Carnaff, John Nevin was a relative of Captain Nevin of 1798  and United Irishman fame, today Ballymoney Museum holds some items associated with this family,  challenged the legality of Macartney’s demands and obtained the help of Daniel O’Connell.
(Daniel O'Connell, often referred to as The Liberator or The Emancipator, was an Irish political leader in the first half of the 19th century.
He would be the driving force behind Catholic emancipation in Ireland and is often referred to as the “UNCROWNED KING OF IRELAND”)
O’Connell won the court case for Nevin and Macartney was naturally angered at the court’s decision.
Macartney was determined to do all in his power to oppose O’Connell and organised his estate workers and tenants to guard their Protestantism against the threat posed by O’Connell and his Catholic Association.
This eventually led to the foundation of Lavin Orange Lodge, still called “Macartney’s True Blues” and Macartney himself became Deputy County Grand Master of the Co. Antrim Orangemen. (Source the Glynns)