'It's the best Christmas present ever!' 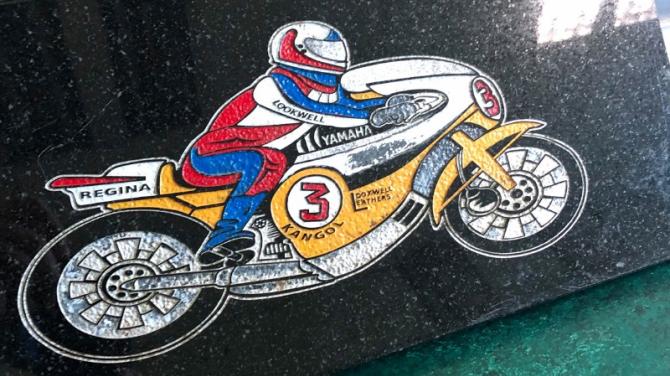 A DELIGHTED widow insists she has had the best Christmas present ever after a graveside plaque belonging to her husband has been found.

Maureen Scott, who lives in Ballyrashane and works at Bushmills Post Office, was given the positive update after a member of the public found the missing marble memorial in Antrim.

As previously reported in The Chronicle, a graveside plaque of Jim Scott, a much-loved North West 200 rider had disappeared from his final resting place at Ballyrashane Parish Church prior to this year's road race along the North Coast.

However, seven months after going missing, the plaque was found by a member of the public on Kilgavanagh Road in Antrim.