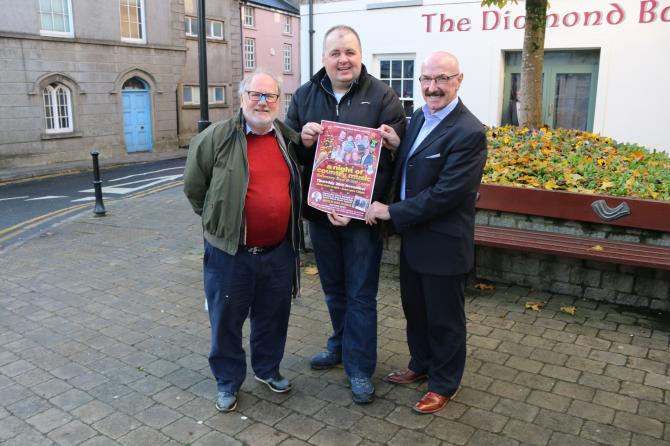 “I'VE ENJOYED every minute of it,” the words of Ballymoney Black Santa Liam Becket as he “passes over the baton” to Country Music Star Alastair Coyles after over a decade in the role.
“I'm looking forward to it, it should be great crack,” says Alastair, who will be at post as the new Black Santa from Thursday December 12 up to and including Christmas Eve.
Liam said: “It is very heartening to know that I couldn't have got a better fellow to hand the baton over too.
“Alastair has a great personality and it's important to have someone who is acceptable to the whole community."

Both men, keen to allow Alastair to assert his own stamp on the role, are launching this year's Black Santa Appeal with 'A Night of Country Music' at Ballymoney Royal British Legion on Thursday November 28.

*For full details of the Country Concert and how you can help Black Santa by joining the new Black Santa Support Group, see this week's paper.