Community-owned Building Crying Out for Help! 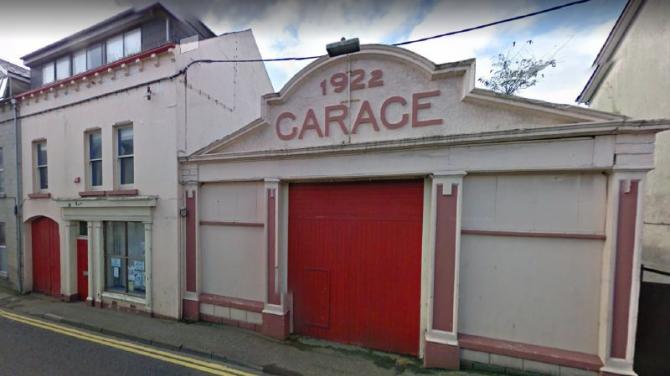 LOCAL community organisation, Ballycastle Youthlinks Ltd, has had its ups and downs since it began almost 30 years ago, in 1990.

In its heyday it provided advice and guidance and "something to do" for hundreds of local young people.

Its building at 17-19 Market Street was a hive of activity, a place to go and do things, or just hang out.

Lots of locals have great memories of it.

The organisation became inactive in recent years and now the building is in a precarious situation.

It has fallen into disrepair and was almost auctioned off by the Crown Estate to pay off historical debts which had arose .

The good news is that thanks to the current directors, and some other determined individuals, the building has been saved and was brought back into community-ownership, with some of the debts cleared.

However, there are still debts owed to HMRC and Companies House and quick action is now needed to either raise the funds to pay the remaining debts, or sell the building before HMRC does.

Ballycastle Youthlinks is a youth-focused community organisation which belongs to the people of Ballycastle.

The building on Market Street belongs to the people of Ballycastle.

It was bought with their hard-earned cash.

Do you have an opinion about what should be done with it?

Do you want to get involved?

You are invited to our AGM and public meeting about the future of Ballycastle Youthlinks, and the building, on Monday 4th Nov at 7.30pm, in the old Mayors Parlour at Sheskburn House, Mary Street, Ballycastle.