As the community garden blooms, so will memories of Margaret 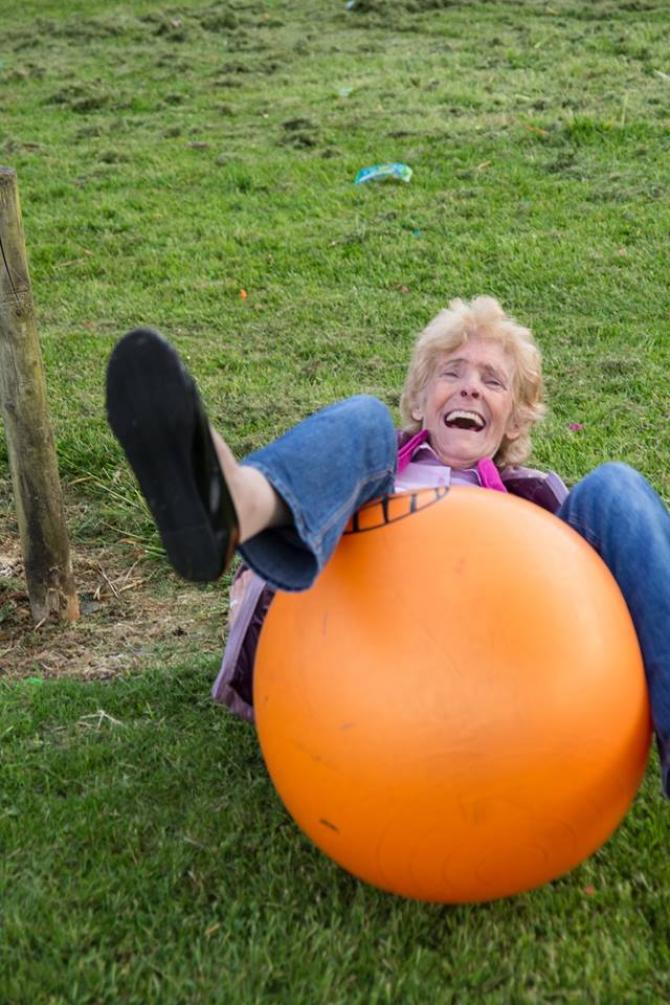 A COMMUNITY garden which should be approved when it comes before Council later this month will be a lasting memory of long-term Mayo Drive resident Margaret Kerrigan.
Margaret, who passed away in August, had lived in Mayo Drive all her married life and was one of the initial driving forces behind the garden.
It was only last year the residents celebrated 50 years of Mayo Drive and came to the conclusion that they needed some kind of central point in the vast space at the top end of the green.
Speaking to The Chronicle, Ballycastle Community Development Group Chairman Paul Kerrigan explained: “This all came about through Peace IV when community groups met for 26 hours in group workshops to plan what we wanted for shared space areas.
“The residents of Mayo Drive, the Community Group and Ballycastle Gardening Club came up with the idea of a Community Garden and I have to say we couldn't have come this far without the help of all the team and residents of Mayo Drive. The workshops were great for generating ideas and we got a lot out of them.”
WORKSHOPS
Plans for the space include a circular paved area, a raised seat made from planters, as well as a natural play area.
Paul added: “The workshops threw up some great ideas and we just brought it on from there really, residents wanted this to be of educational value and include nature and highlight the benefits of outdoor play. We hope to have a bug hotel, some logs and a small orchard as well as an urban woodland. We have plans to plant 500 saplings which we received through community planting packs from the Woodland Trust.”
There are also plans for a sensory perception area as well as a quiet space and a reflection area.
Paul said: “It was a year ago this week that we submitted the plans for the garden after we saw the benefit of organising the 50 year anniversary of Mayo Drive, which was funded by the Housing Executive. With that we started out with a map and learned who lived where over the years, it really was a worthwhile event and proved tremendous at bringing the young and old together.
“Older people have so many stories to tell and younger people really can benefit so much by learning from them.”
The idea for a usable long-term space will be the foundation and with a £30,000 grant from PEACE IV at Causeway Coast and Glens this will get the infrastructure in place and allow the group to apply for funding from other agencies to develop the space further.