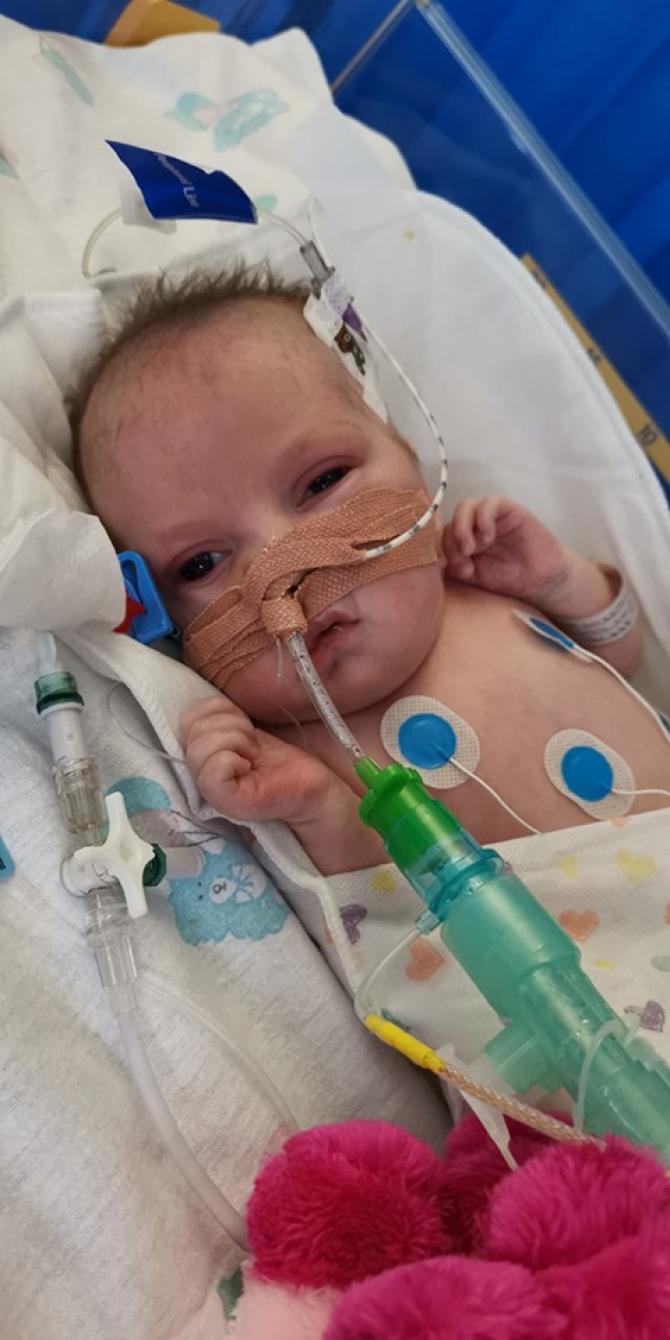 Wee Florrie McKessick with all the tubes attached helping keep her alive.

THE PARENTS of a brave Ballymoney newborn who was given just four hours to live, then went on to survive an operation with only a 10% chance of success, have talked about their 'roller-coaster' journey and some of the terrible decisions they have been faced with.
Florrie McKessick was delivered seven weeks early by emergency C-Section back in March because of an abnormal growth that was hampering lung development and risking other organs.
That night parents Allan and Sonia were told that she might not survive, that she might only last four hours.
Florrie fought past this milestone only for them to be told she might not survive the night.
Dad Allan says: “To be told that your newborn daughter might have just four hours to live is one of the worst things you can ever be told, it's very hard to describe, it rips the heart clean out of you.”

*For full story see this week's paper, in shops now.