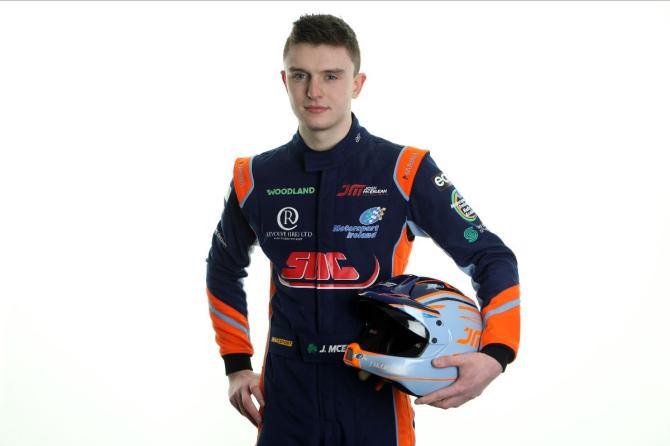 MOTORSPORT Ireland Billy Coleman Award winner Josh McErlean is in Italy this weekend to contest the much-hyped Rally di Alba (August 1-2) behind the wheel of a Philip Case Rallysport Hyundai i20 R5, with support from Hyundai Motorsport Customer Racing and the Motorsport Ireland Rally Academy.

McErlean, 20, from Kilrea, will be once again co-driven by Keaton Williams and the 2019 Junior British Rally Champion will take on one of the biggest challenges of his career so far, joining an illustrious list of Hyundai Motorsport drivers on the one-day blast across the roads of South West Italy.

After a glitzy unveiling of his 2020 British Rally Championship title bid behind the wheel of a Hyundai i20 R5 in January at the Autosport International Show, McErlean was only able to complete one round of the series, thanks to the outbreak of the Covid-19 pandemic which halted motorsport across the UK and Ireland.

The subsequent cancellation of the British series had left a void in McErlean’s plans for the season and, like many other competitors, he looked further afield in an attempt to seek out new opportunities to ensure a competitive outing in the later half of 2020.

With Hyundai Motorsport confirming entries for World Rally Championship stars Ott Tänak and Thierry Neuville in i20 Coupe WRC’s as well as fellow Academy Member Callum Devine in a i20 R5 at Rally di Alba, the event provided a perfect opportunity to gain more experience of the Hyundai in new territory and the first outing in a number of rallies planned later this year.

“I`m delighted to be able to get back to rallying again and this is such an amazing opportunity for me to be heading to Italy in the Hyundai i20 R5” said McErlean.

“I was lucky enough to tackle the Monza Rally Show last December, so have technically already competed in Italy before, but this is a very different prospect from the Monza race track. When you look at the list of names that are doing the event in Hyundais, you really do realise what a privilege it is to be lining up alongside them.”

McErlean has enjoyed a prosperous relationship with Hyundai Motorsport Customer Racing, which began after winning the Junior BRC title in 2019 landed him a supported drive on Britain’s round of the FIA World Rally Championship, Wales Rally GB later that year.

A further outing came at the iconic Monza Rally Show, finishing an impressive 18th overall and third in the Hyundai i20 R5 Trophy.

His season was rounded off by winning the coveted Billy Coleman Award for the Motorsport Ireland Young Rally Driver of the Year with the prestigious accolade offering support to the value of €100,000 towards the 2020 season.

Unsurprisingly, McErlean elected to use the PCRS Hyundai Motorsport Customer Racing i20 R5 for his BRC campaign, which was sadly cut short after the opening round, the Cambrian Rally in February.

“It was a real dream of mine to be able to tackle the BRC in the i20 R5, so when the series was cancelled, it was a bitter pill to swallow,” he continued.

“But we had to keep positive and look around to see what we could salvage from the year. We have been working hard behind the scenes to stay positive and prepare for a return to the stages.

“Thanks to the MI Rally Academy, we have been able to tap into the expertise of the likes of Performance Coach Alan Heary and get valuable experience from the Academy Development Days.

“That also enabled us to explore other avenues and with the unrivalled support from the Motorsport Ireland Rally Academy and Hyundai Motorsport Customer Racing, we were able to get the go-ahead to enter.”

But McErlean is remaining level-headed about the event.

“Monza aside, I have limited asphalt experience of the Hyundai, so I really need to be realistic about my expectations on a result. The focus is to get back into the groove again, six months out of the car is certainly not ideal but it will be pretty much the same for everyone.

“I realise that gaining European experience is unbelievably valuable so we will have a clear goal on the pace we want to be at and try to stick at it throughout the day.

“It is a real honour to be competing out there and I`m very thankful for the amazing support around us.”

“The opportunity for Josh to run at the Rally di Alba gives him a chance to compete against some of the best drivers in Europe, while continuing to develop his career and gain crucial mileage on tarmac stages.

“He will able to call on support from our customer support engineers at the rally and hopefully come away with a good result and some valuable experience.”

The following day, nine stages lie ahead, three repeated, totaling just over 100 kilometers of special stage action before returning to Alba for the finish ceremony.