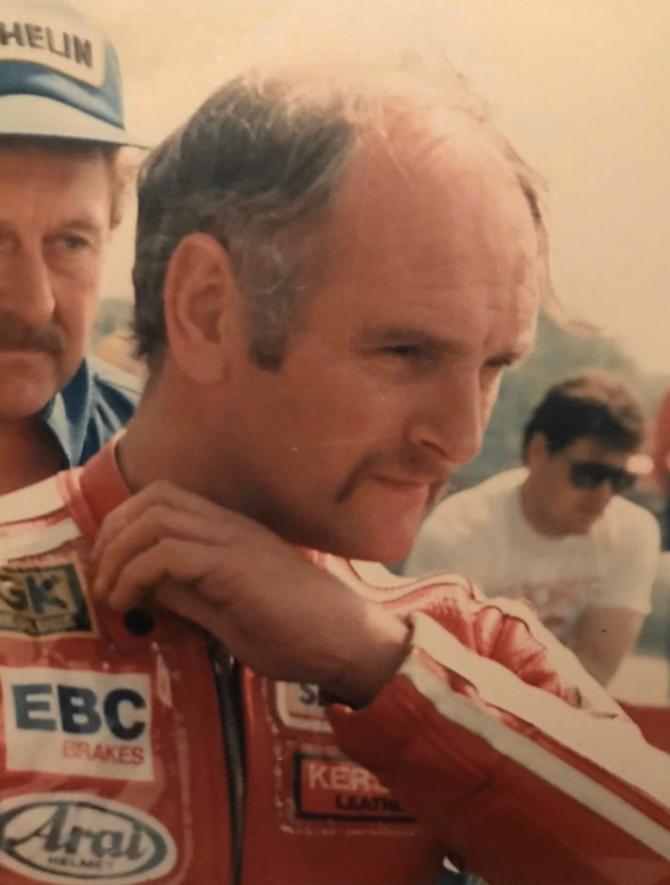 NORTH West 200 Event Director Mervyn Whyte MBE has paid tribute to the late Tony Rutter who passed away on Tuesday at the age of 78.

The Limavady man described the nine-time North West winner as an "all-time great" and a “great ambassador” for road racing.

Earlier this week, Tony’s death was confirmed by his son Michael on social media, who recalled fond memories of his father.

“It’s is with sadness that after a period of poor health, dad passed away earlier today (Tuesday). I was with him when he died and he was peaceful,” Michael Rutter said on Twitter.

“It makes me smile how dad lived his life exactly how he wanted to and how he got away with so much. I’d like to say thank you to his carers for taking such good care of him and all his fans and supporters,” he added.

“Tony Rutter was one of the all-time great road racers of his era in the '70s and '80s,” said Mervyn Whyte MBE.

“He excelled in the sport whether it be short circuits or Road Races like the North West 200, Isle of Man TT or the Ulster Grand Prix. Tony raced alongside the likes of Mick Grant, John Williams and Charlie Williams and was seldom off the rostrum at any event he took part in,” Whyte explained.

“Tony was a great ambassador for the sport and will be up there as one of the greats. I talked to Michael on different occasions about his dad as he visited him regularly in a home nearby. My condolences to Michael and the family circle at this sad time.”

In a decorated 22-year career, Tony Rutter won four World TT Formula 2 Championships which was run by the International Motorcycling Federation between 1977 and 1990. He also won 2 British Championships as well as 7 Isle of Man TT’s.