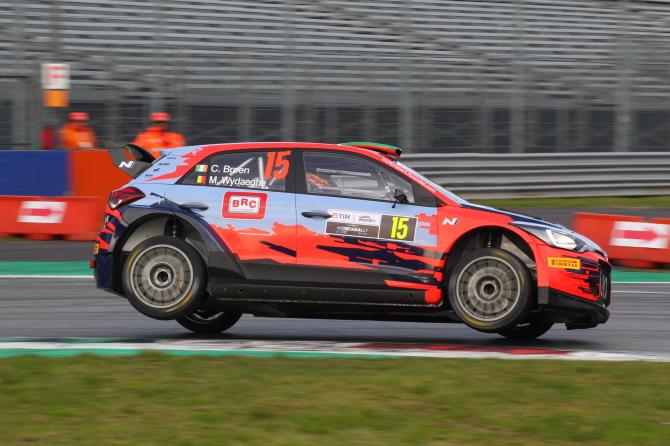 Craig Breen and John Rowan compete in Finland this weekend.

CUSHENDALL’S John Rowan will head to Finland tomorrow (Wednesday) for the third round of the country’s national rally championship.

The 33-year-old will sit alongside former WRC Academy and Super 2000 champion, Craig Breen, for the SM Eastern Rally to the east of the country.

Breen will drive the gravel rally in the same Hyundai i20 R5 he will campaign in the FIA European Rally Championship, which starts on Rallye Azores at the end of March.

As well as getting all-important seat time in the Korean car, Breen is set to use the outing to help MRF Tyres speed up development of the firm’s competition tyres.

Rowan explained the tie-up with Breen is the result of his regular co-driver, Paul Nagle, being unavailable to make the trip to the Nordic country for Saturday’s rally.

“Craig sent me a text message recently and asked if I would be available to go with him to Finland,” said Rowan.

“Naturally I said yes. It’s  such a great opportunity to work alongside Craig again. I tested with him last year in France and Italy and both sessions went really well.”

“Obviously Craig is trying to get as many miles in the car as he possibly can as he looks towards the European Rally Championship,” he said. “It can only help him going forward.