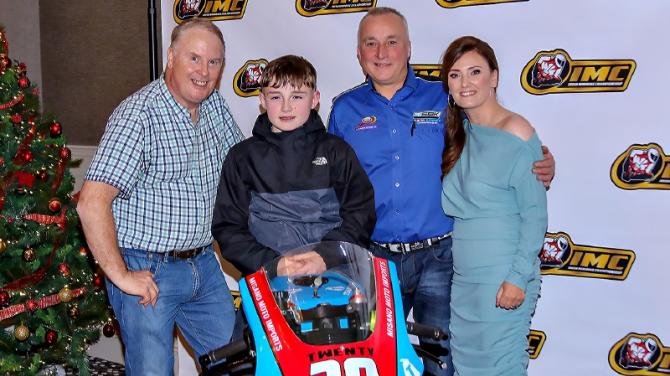 LOCAL schoolboy Lee Hara has had his efforts rewarded recently after he sealed a lucrative Irish Minibike Scholarship for 2020.

The 13-year-old Coleraine College pupil cleaned up in both the Summer and Winter pit bike championships despite only getting on a motorcycle for the first time earlier this year. On the back of his championship-winning form, the talented youngster has sealed a deal to ride a Tianda 300cc on the short circuits next season after approval for the modern class was granted by the Motorcycle Union of Ireland's Ulster Centre recently.

The new-look Moto-One championship – which has never been seen before on these shores - is set to be rolled out on the short circuits next season with riders taking part in the Ulster Superbike and Mondello Masters series. The introduction of the new championship is being viewed as an attempt to support and nurture the racing stars of the future.

*Read more on this story inside the Chronicle.