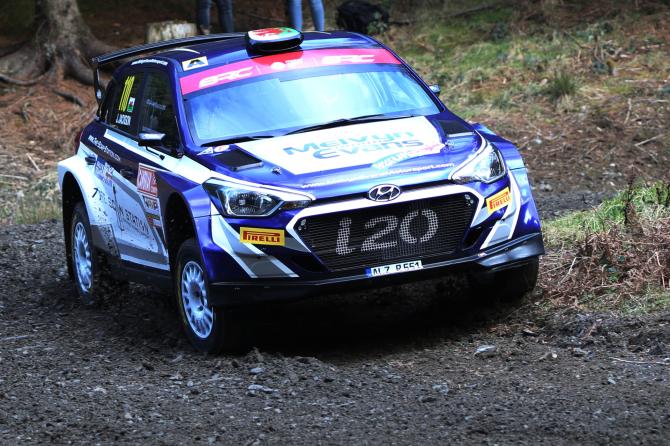 JBRC champion Josh McErlean will drive a Hyundai i20 in Wales.

KILREA driver Josh McErlean says he is up for the challenge of switching to a four-wheel-drive car for the British round of the World Rally Championship at the start of next month.

Not only is the 20-year-old making his debut in the gravel event but it is also his first time taking control of an R5-specification car.

"This is an exciting opportunity for us and one that I have been dreaming of," he told Chronicle Sport.

"We are being thrown in at the deep end but I'm excited by the challenge," he added.