Stock Rods in action at Aghadowey 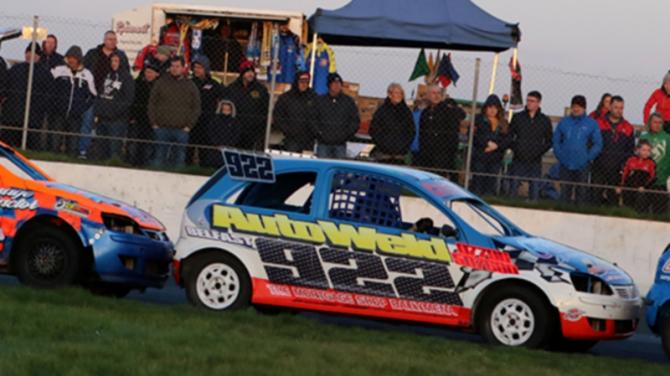 A huge field of Stock Rod racers from all over the British will converge on the circuit for the inaugural running of The Alan Connolly Memorial Trophy, following Alan's untimely death a year ago after a long battle with illness.

With a huge prize fund up for grabs it will be the richest short oval race meeting ever staged in Ulster.

An unprecedented 54 Stock Rods have booked in to appear in the meeting, led by current World Champion Eric Walker from Surrey.

Five times world title holder Chris Lattka from Scotland was a long time sparring partner of Connolly's and he is also making the trip from his Falkirk base for the coveted showdown.

The action is sure to come thick and fast, with wheel to wheel racing guaranteed throughout the afternoon.