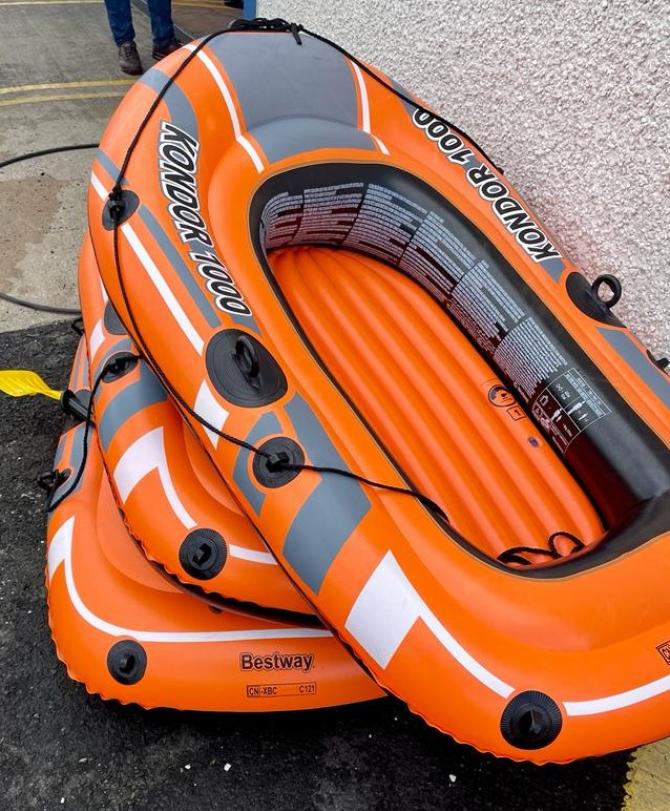 Red Bay RNLI rescued three people yesterday afternoon after their inflatable dinghies were swept out to sea off Cushendall.

The volunteer crew were requested to launch both their all-weather and inshore lifeboats at 2.22pm by Belfast Coastguard after the group raised the alarm that their three inflatable dinghies had become swamped with water.

Weather conditions at the time were good with calm seas but there was a Force 4 offshore wind blowing.

With the exact location unknown, the lifeboats started an immediate search of the area with the inshore lifeboat crew locating the three casualties on the swamped inflatables two miles east of Cushendall.

The casualties were wet, cold and shaken from their experience. The crew worked to safely transfer them onto the all-weather lifeboat where they were then brought ashore.

Speaking following the call out, Red Bay RNLI Helm Gary Fyfe said: "Time was of the essence and thankfully the group had a means of communication to raise the alarm when they knew they were in difficulty. This meant we could get locate and rescue them quickly before they were in any greater danger.

"We know inflatables can be fun, but we would encourage people to remember that they are designed for pools and not the beach where they can be easily swept out to sea particularly in offshore winds like today.

"If you do bring an inflatable to the beach, make sure you choose a lifeguard beach and use it close to the shore and between the red and yellow flags. Make sure children are supervised and never use an inflatable in big waves or when the orange windsock is flying. If you do get into trouble or see someone else in difficulty, dial 999 or 112 and ask for the Coastguard."