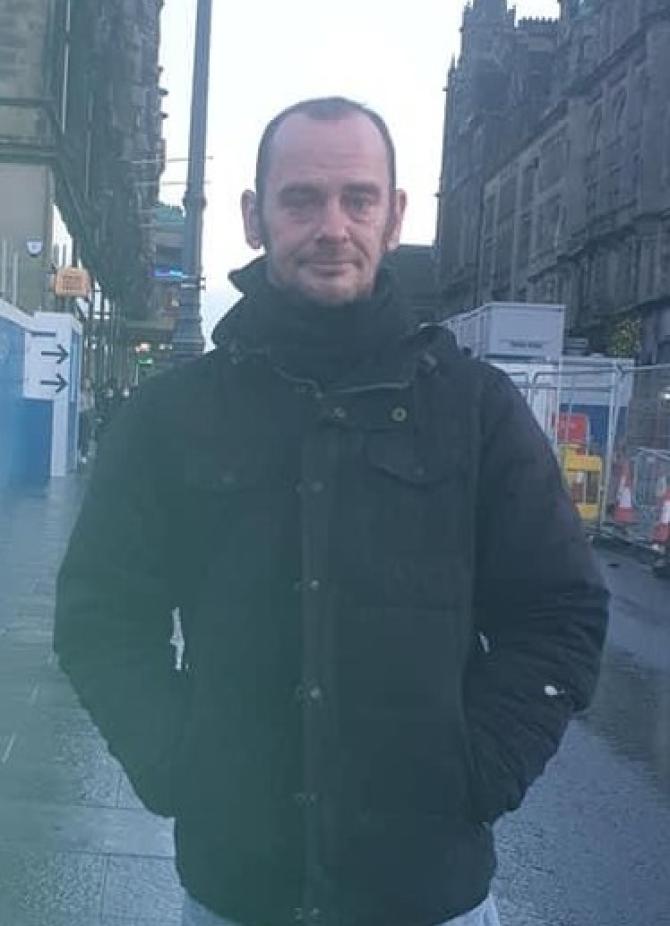 Father-of-five Mr Rowlands, who was from Cambridge, was found with fatal injuries in the resort's Bath Terrace area in the early hours of Monday, July 18.

A 39-year-old man has appeared in court today (Thurs) accused of murdering his “lover” Paul Rowlands in Portrush.

Father-of-five Mr Rowlands, who was from Cambridge, was found with fatal injuries in the resort's Bath Terrace area in the early hours of Monday, July 18.

Jason Robert Murray, of no fixed abode, appeared before Coleraine Magistrates, sitting in Ballymena, this afternoon, charged with Mr Rowlands' murder on July 18.

Dishevelled Murray, a registered sex offender, confirmed that he understood the charge “even though I disagree with it.”

After connecting the defendant to the charge, a detective constable said police objected to bail.

Outlining the background to the case, he said paramedics called to Bath Terrace at 2.13am had tried to save Mr Rowlands but he was pronounced dead at 2.53am.

The officer told the court how Mr Rowlands had been found lying in a car-parking space at the front of apartments.

His injuries included a laceration to his left temple and to the rear of his head. The detective described the defendant as “a close friend of the deceased.”

The court heard how the men had been in a relationship, living side by side in tents on the East Strand, when there was a fight and Murray had left the 46-year-old grandfather lying to die in the street.

Giving evidence during a contested bail application, the detective said police were objecting to bail because as a “homeless male who is alcohol dependant,” Murray posed a risk further offences, fleeing and interfering with witnesses.

Enquiries were conducted with witness accounts and CCTV leading police to declare Murray “as a suspect” and he was arrested at 18.36 on Monday evening.

“He was noted to be under the influence and a further search found a flick knife that he was arrested for,” the detective told the court, outlining that during questioning, Murray admitted they had been fighting but he put it down to a “lover’s tiff.”

Murray told police that afterwards, he went back to his tent fully expecting Mr Rowland to turn up and, even though he didn’t, “he wasn’t concerned” as that was not unusual so he went about his usual routine of drinking and fishing.

Later that day, Murray went to the Atlantic bar in Portrush to play pool and the court heard how his opponent heard Murray say under his breath that “I’m a hitman - I have just killed someone.”

The constable said while Murray had suggested he could live with his sister in Portstewart, he revealed that included in the defendant's 72 convictions was an offence of gross indecency with a child so that address would not be suitable, submitting that if freed, “there’s a concern that he would reoffend and fail to surrender.”

Under cross examination from defence counsel Eoghan Devlin, the officer agreed that Murray had not left Portrush in the hours between the body being discovered and his arrest.

He also agreed that despite the flick knife being found, the preliminary findings of the pathology report suggest that “it’s not a stabbing” but the officer conceded that he had no time scale for the full autopsy report.

With the officer appearing at court by video link from Coleraine custody suite, proceedings were interrupted by a female screaming and banging in the background.