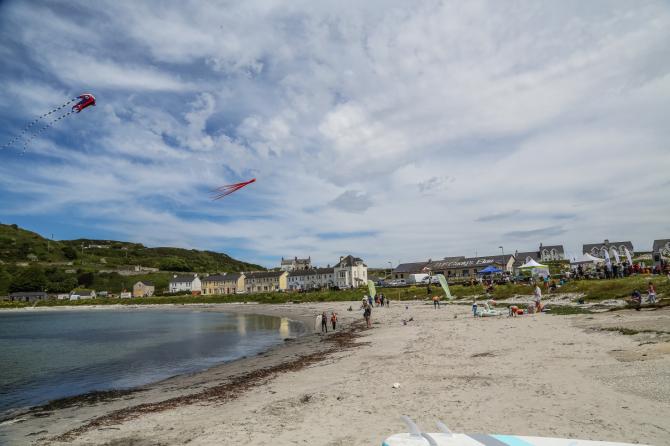 THE BIRDS were discovered at the island's main harbour, Church Bay, earlier this week and removed for testing.
The Department of Agriculture & Environment (DAERA) said dead birds have also been reported elsewhere on the north coast, although it is not yet known if bird flu was a factor in those deaths.

Rathlin Island is home to Northern Ireland's largest seabird colony
The protection zone for Northern Ireland was lifted in June, however, flock owners have been advised to continue with enhanced biosecurity measures while the disease is still circulating in wild bird populations.
Significant mortalities have also been reported in Great Britain.
This outbreak of Highly Pathogenic Avian Influenza H5N1 has been described as the largest ever in these islands, with hundreds of thousands of birds culled in commercial and backyard hobby flocks.
DAERA said the public should not handle dead or sick birds.
Any dead birds should be reported to the helpline number 0300 200 7840, although the Department said not all reported fatalities will be collected for surveillance.
Landowners are required to dispose of any dead birds where they are not collected.

The department said it has taken proactive measures to improve biosecurity at seabird breeding colonies and the situation is being monitored.