'I don't believe in coincidences, I believe I was in the right place at the right time" 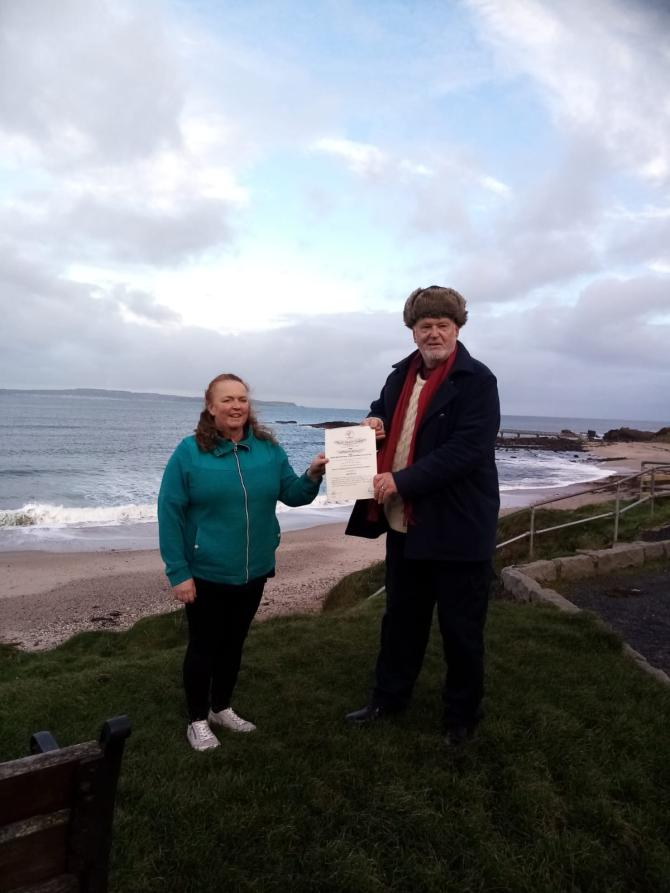 A BALLYCASTLE woman who pulled two swimmers out of the sea in December 2019 has been honoured by the Royal Humane Society with a bravery award.

Aine Paterson was walking a dog for a friend on December 9 that year when she reached Ballycastle beach, a place familiar to her and somewhere she would have paddled often.

Aine told the Chronicle: “It was after 8am, just one of those mornings we get on the dark days in the lead up to Christmas. There had been a storm the night before and the river was flowing so strong.
“I recall chatting to the dog as we came around the corner and when I saw the two women in the sea – I actually had to blink a few times to take in the scene.”

In seconds Aine says “instinct kicked in” and as she grew up in the area, she knew about rip tides and realised she needed to act.

She continued: “I don't know where my strength came from that morning. Instinct kicked in. Although I wouldn't describe myself as fit, I keep horses so I am reasonably strong.

“I didn't think, I just knew those women needed brought to shore, so that's what I did.”

Thanks to Aine's brave actions one of the women, Maura, was saved - however, sadly mother-of-two, Deirdre McShane, passed away at the scene.

The two women were part of an early morning cold water swimming group. It was bitterly cold and it is thought they were overwhelmed by the high waves, rip tide and strong winds.