'A pet is for life, not just for Christmas' - Cassie 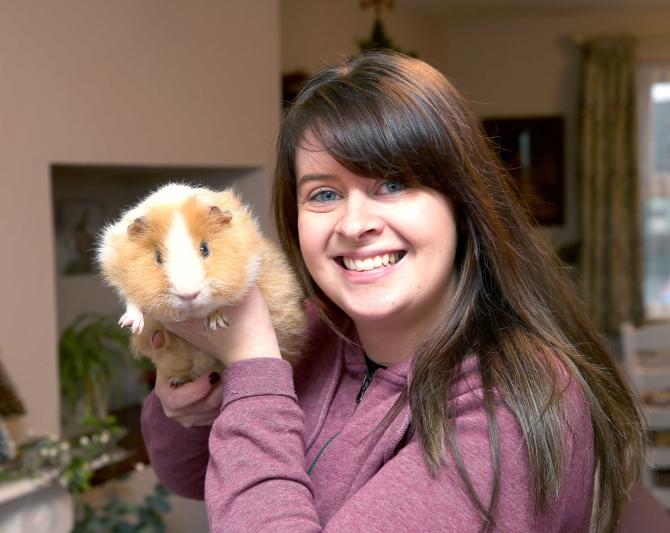 Cassie pictured with one of her rescue guinea pigs

A BALLYCASTLE woman who adopted two guinea pigs has appealed to parents to remember that pets are for life, not just for Christmas!

Cassie Carson grew up with three guinea pigs of her own, so when it came to adopting handsome fellas Floyd and Zeppelin back in August, she knew the level of work they involved.

She told The Chronicle: “When I was younger I had three guinea pigs. We had got one in a pet shop, but they are sociable animals so we went back to get another so they'd be in a pair.
“It turned out that the litter hadn't been separated so one of them had a little baby! We ended up with three guinea pigs!”

Cassie said a pet is a real commitment with the life span of a guinea pig being about six years, hers lived eight.

She added: “I just wanted to appeal to parents that I know Santa may be asked for pets at this time of year, and it's easy to look at a guinea pig and think they're cute and lovely (which they are!) but I wanted to point out that we adopted our most recent ones in lockdown.

“Someone had them before us and put them up for adoption, Pets at Home didn't have any background information on them, both males and not older than around one-year-old.”