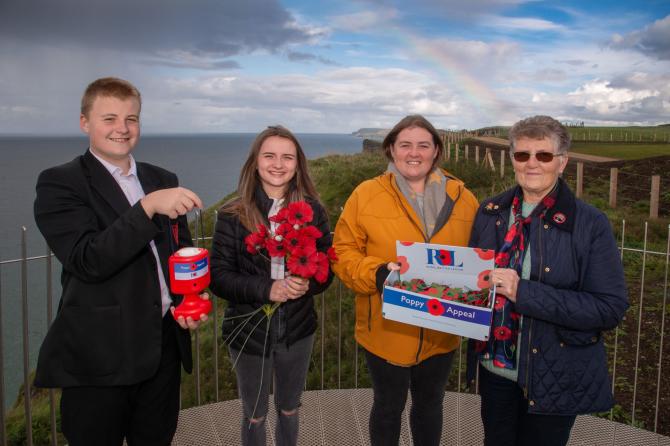 THE 2021 Poppy Appeal has been launched locally and this year, as the charity marks its centenary, the RBL is celebrating the return of its collectors, who have been helping the Royal British Legion to fundraise for over a century.

Helping to launch the Appeal in Co.Antrim are Helen Heaney, her daughter Jackie Heaney, granddaughter and grandson Holly and Aaron Adair – three generations of avid poppy collectors from the same family.

For more, see this week's Chronicle