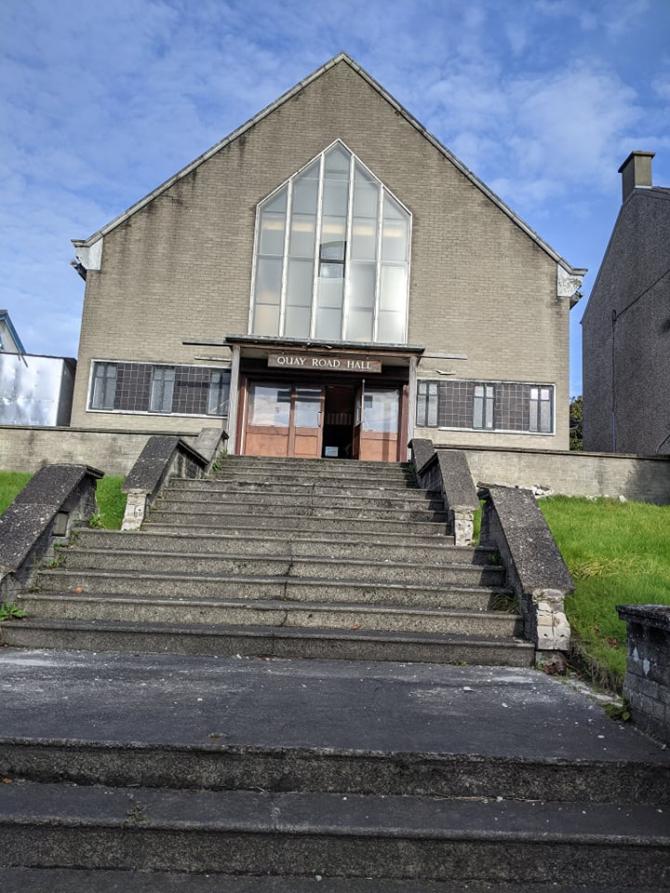 The Quay Road Hall which, if plans are approved, will become Quay Road Wall

BALLYCASTLE businessman Liam McBride has said that plans he has for the Quay Road Hall would be life changing for the community – if they get the go-ahead!

The sale on the Quay Road Hall was agreed last November, but only completed mid-April and by July, Liam lodged a planning application to change the use of the community hall to a leisure facility which would consist of a soft play area and climbing walls – named 'Quay Road Wall' so as there are minimal changes.

When the entrepreneur and his wife, who run three other business in the seaside town, shared their ideas on social media, they could never have imagined the level of community support.

Liam said: “A facility such as this is much needed in Ballycastle.  It would be a major boost to the town!
“I have three children myself and we're constantly up and down the road to soft play in Coleraine for any parties."