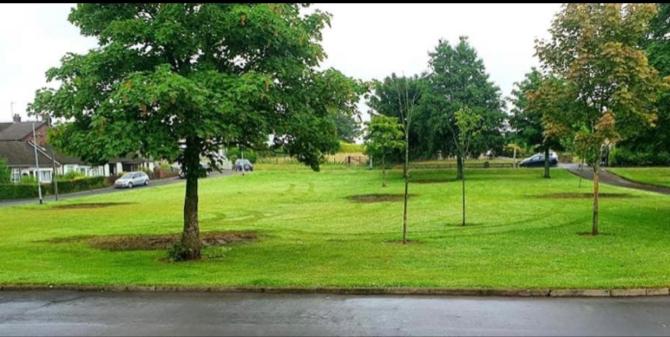 A large number of residents were in attendance, this is the latest action in their attempt to save the green space where Triangle Housing Association proposes to build seven new houses.

The existing estates have been established for over 50 years with many of the original residential still living there – residents who are opposed to the proposed plans.

The combined Resident’s Group has amassed a following of almost 400 people voicing their support on the “Save Our Green! Mayo Drive” Facebook group and residents are also being supported in their campaign by local elected reps and North Antrim MLAs.

Triangle Housing say they "remain committed to working with the local community."