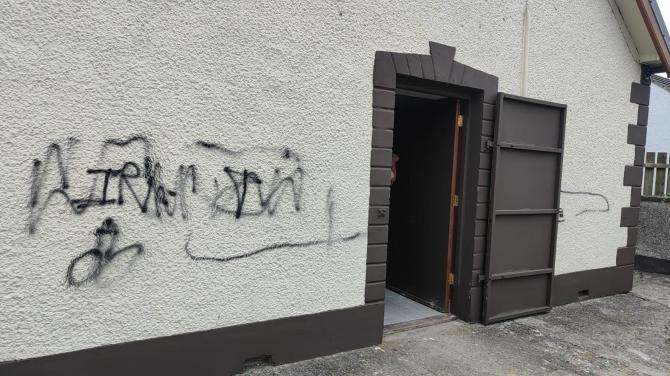 POLICE investigating a graffiti attack on Rasharkin Orange Hall, are treating it as a sectarian hate crime.

Local politicians have condemned the incident, with DUP MP Ian Paisley and Alderman John Finlay saying it was another example of republican “intolerance and hatred.”

Sinn Féin's Leanne Peacock “condemned it utterly” saying it was “a senseless action which achieves nothing.”

A spokesman for Rasharkin District LOL No. 5 said the incident: “appears to be designed to stir up tensions.”