Mayor is in attendance as Armoy PS celebrates 50th anniversary 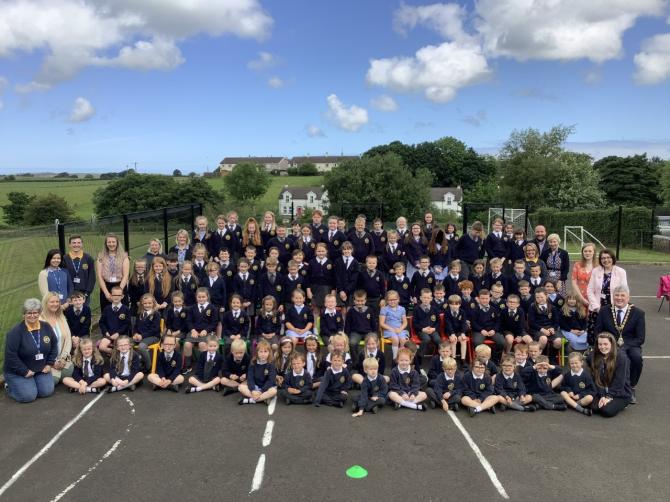 On Friday 18th June pupils, staff, PTA and Governors marked a special milestone in Armoy Primary School’s history as it celebrated the anniversary of 50 years of ‘Learning Together’ in the current school building.

This special occasion was marked by a visit to the school of the newly installed Mayor Councillor Richard Holmes who congratulated pupils, parents, staff and Governors on the successes of the school past and present.

Speaking after attending the school’s celebratory event, the Mayor of Causeway Coast and Glens Borough Council, Councillor Richard Holmes, said: “I would like to thank Armoy Primary School for inviting me to be a part of this very special anniversary.

"For the past 50 years it has played a central role in the village, and I’m sure that many of today’s pupils have followed in the footsteps of their grandparents or parents.