McCambridge family take on skydive in aid of dementia awareness

‘Mum loved helping others, now we can help her’ - Michael 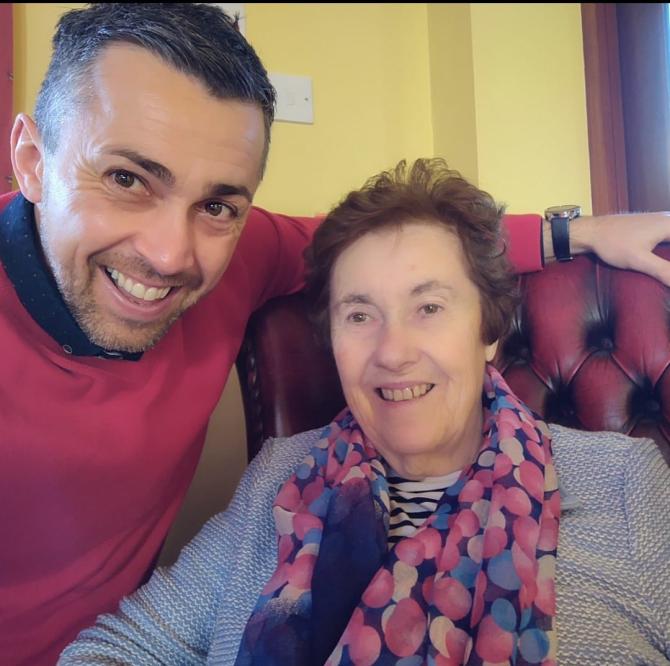 Michael and his mother Anne (Monty) who was diagnosed with Alzheimer’s four years ago.

CUSHENDALL man Michael McCambridge and his two nieces are planning on jumping out of a plane this August in order to raise some much needed funds for a charity close to their hearts.

Michael told the Chronicle that his nieces, Cushendall woman Orlagh O'Hara and Loughgiel's Shauna McKillop had 'convinced' him to join them in raising money for the Alzheimer's Society after his mum, well known Cushendall woman Anne McCambridge (or Anne Monty), was diagnosed with the disease in recent years.

Michael, the youngest of seven, said: “Mum was diagnosed four years ago, of course there were some obvious signs, but it still comes as a shock to any family hearing this.