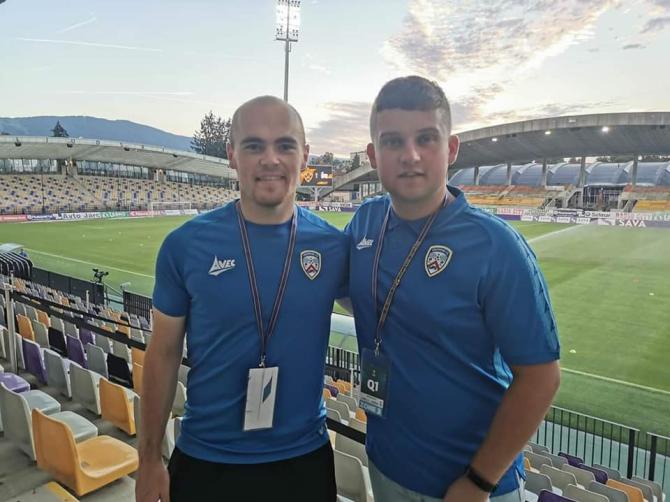 TWO Chronicle journalists are swapping their notepads and pens for the hills and beaches of the Causeway Coast as they embark on a marathon walk for charity.

Aaron O’Neill, who is from Coleraine, and Bushmills man Jonathan McNabb will walk from Larrybane Quarry in Ballycastle to Ulster University in Coleraine, totalling 26.2 miles.

The pair will take in Ballintoy, Dunseverick, Giant’s Causeway, Portrush and Portstewart on their journey, with the event originally being organised by Macmillan Cancer.

However, unfortunately due to COVID-19, the walk had to be officially cancelled due to staff coming over from England having to self-isolate for ten days.